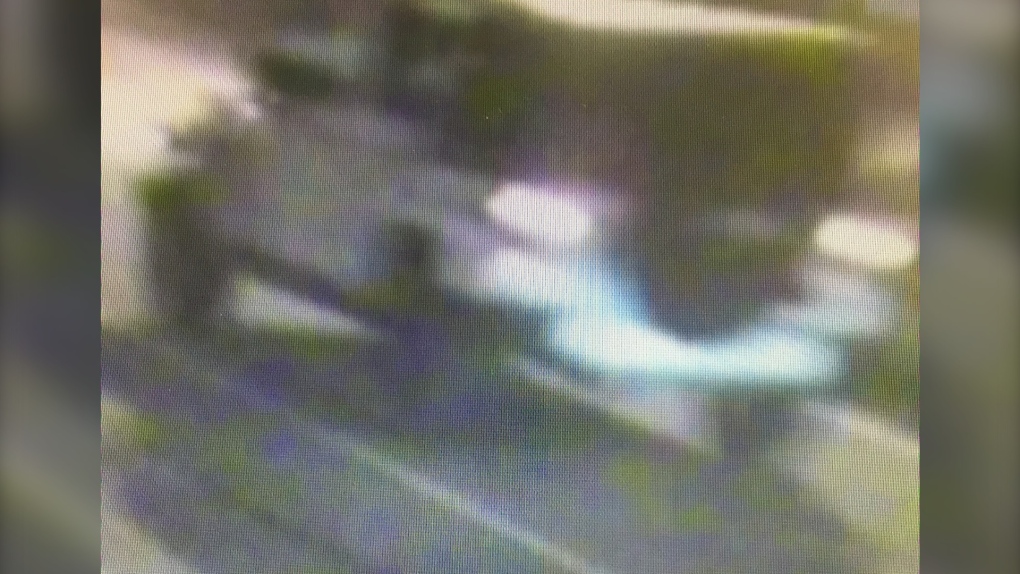 The VPD has released a blurry photo of the white Jeep alleged to have been involved in the incident. (Vancouver Police Department)

Vancouver police are appealing to the public for help in solving a road rage case that has been open since May.

The incident involved two suspect vehicles and sent a 38-year-old man to hospital with serious injuries that required surgery.

The incident occurred around 2 a.m. on May 31. Police said the man was stopped at the traffic light at Kingsway and Fraser Street when he encountered a white, newer model Jeep, with an aggressive driver.

According to police, the man got out of his vehicle to confront the Jeep driver, at which point a dark-coloured four-door sedan pulled up alongside the Jeep. The man was assaulted in the roadway, and the two cars sped away eastbound on Kingsway, police said.

The Vancouver Police Department opened an investigation, which is ongoing, but it has so far been unable to identify the drivers of either the Jeep or the sedan.

Police said the driver of the Jeep was a white man in his late 30s, who was wearing a white T-shirt. He was with a woman of South Asian descent, around the same age, who was holding an infant child in the back seat, police said.

Police described the driver of the sedan as South Asian man, also around the same age. He was alone in the vehicle.

The VPD has also released a blurry photo of the white Jeep. Anyone with information about the incident is asked to contact Vancouver police at 604-717-2541 or Crime Stoppers at 800-222-8477.