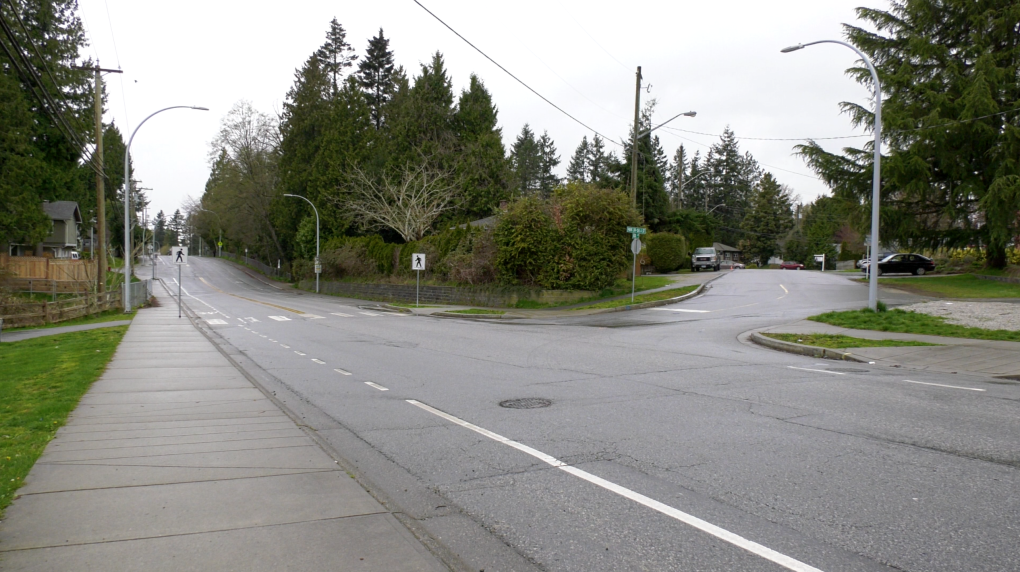 The incident happened shortly before 4 p.m. on a walking path near the intersection of 100 Avenue and Park Drive. (CTV)

VANCOUVER -- Police in Surrey are looking for witnesses and information regarding an indecent act on a trail in the city Thursday afternoon.

The witnesses told the man they were calling police, and he ran away, RCMP said. They said he did not approach, interact with or physically harm the young people.

Police describe the man as South Asian. He was wearing a white hooded sweater with a black puffy jacket over it, and grey sweatpants, police said. He also had a small black dog - possibly a poodle - with him.

Anyone who was in the area and may have witnessed the incident or who has information that may help identify the suspect, should call Surrey RCMP at 604-599-0502, police said. Tips can also be provided anonymously through Crime Stoppers at 800-222-8477.