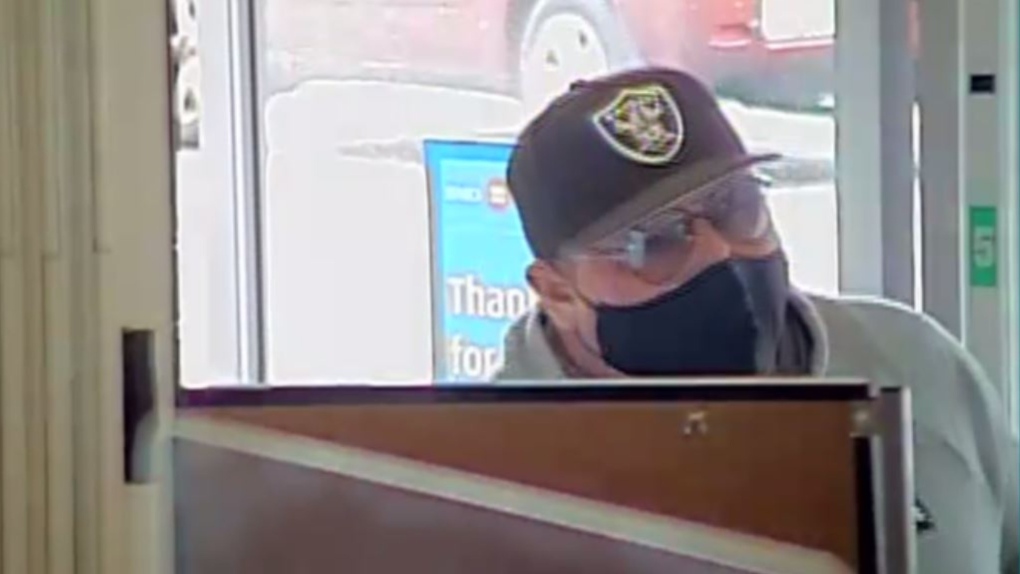 Police in Richmond are asking the public for help identifying a man suspected of a series of robberies that happened in the city last week. (Richmond RCMP)
Vancouver -

Police in Richmond are asking the public for help identifying a man suspected of a series of robberies that happened in the city last week.

The incidents happened at three different businesses on three consecutive days from July 15 to 17, Richmond RCMP said in a news release issued Thursday.

In each incident, the suspect made threats and demanded money, but Richmond RCMP spokesperson Cpl. Ian Henderson said the man's demands haven't been very successful.

"So far, no one has been injured during these incidents, and the suspect has made off with very little cash," said Henderson in the release.

"However, it appears this series of robberies may be linked to other recent robberies at banks and liquor stores across the Lower Mainland."

Mounties said they're deliberately releasing few details of the Richmond robberies, which remain under investigation. They did not name the businesses where the incidents occurred or share details about the time of day or the part of the city in which they happened.

Photos provided show the man entering a building through a door with a clearly visible BMO logo, suggesting that at least one of the Richmond robberies took place at a bank branch.

Police describe the suspect as a heavy-set white man with short, light-brown hair and a round face.

"In each of the Richmond robberies, the suspect has attempted to conceal his identity by wearing a medical facemask, a baseball cap and lightly tinted sunglasses," police said in their release.