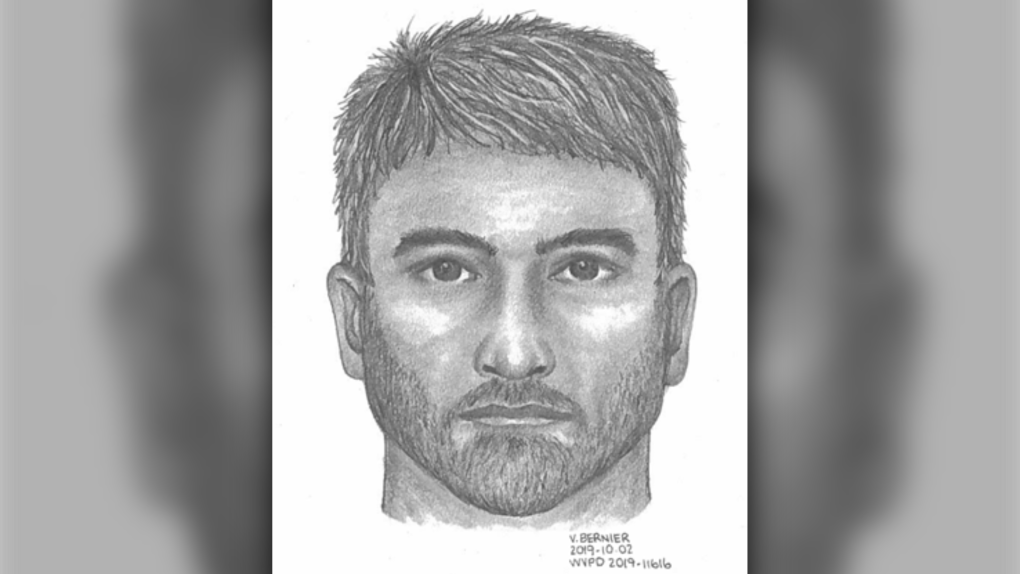 Police have released a composite sketch of a suspect who allegedly flashed a cyclist in West Vancouver last month. (Handout)

VANCOUVER - Police are trying to track down a suspect who allegedly flashed a woman while she was cycling through West Vancouver last month.

Authorities said the victim was biking along Stevens Drive on the evening of Sept. 20 when someone in a black SUV pulled over near her.

"A male exited the vehicle and exposed his genitals to the cyclist as she passed," the West Vancouver Police Department said in a news release.

Officers were called to the scene and conducted "extensive patrols" in the area, but were unable to find the flasher.

On Wednesday, weeks after the incident, police released a composite sketch of a suspect in the hopes that someone will recognize him and come forward.

The suspect is described as a 5'8" tall South Asian man who is about 30 years old and has a medium build, black hair and trimmed beard. He was wearing a dark coloured T-shirt and black pants at the time of the incident.