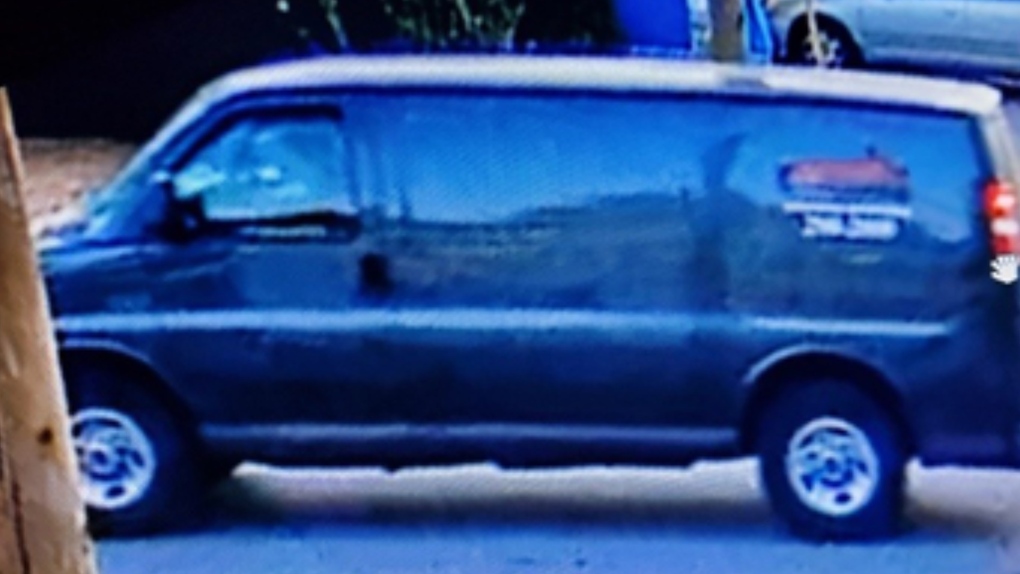 Mounties in Port Coquitlam are asking the public for help identifying the suspect vehicle in a hit-and-run collision that sent a motorcyclist to hospital Thursday. (Coquitlam RCMP)
Vancouver -

Mounties in Port Coquitlam are asking the public for help identifying the suspect vehicle in a hit-and-run collision that sent a motorcyclist to hospital Thursday.

The incident happened around 8:20 p.m. at the intersection of Westminster Avenue and Oxford Street in Port Coquitlam, according to a news release from Coquitlam RCMP.

The suspect vehicle is a dark-coloured GMC van. Police said witnesses told them the driver of the van struck the motorcyclist and then immediately drove away. The vehicle was last seen travelling east on Prairie Avenue, according to police.

Mounties released two surveillance photos of the van, which they described as "possibly dark grey, dark blue or black."

The vehicle has logos on its side and rear, front-end damage and is missing the GMC logo from the front grill, police said.

Police did not describe the nature or severity of the motorcyclist's injuries, but did say they expect the victim to make a full recovery.

Germany's centre-left Social Democrats were locked in a very close race Sunday with outgoing Chancellor Angela Merkel's bloc in the country's parliamentary election, a vote that will determine who succeeds the long-time leader after 16 years in power, exit polls showed. Officials from both parties said they hope to lead the next government.