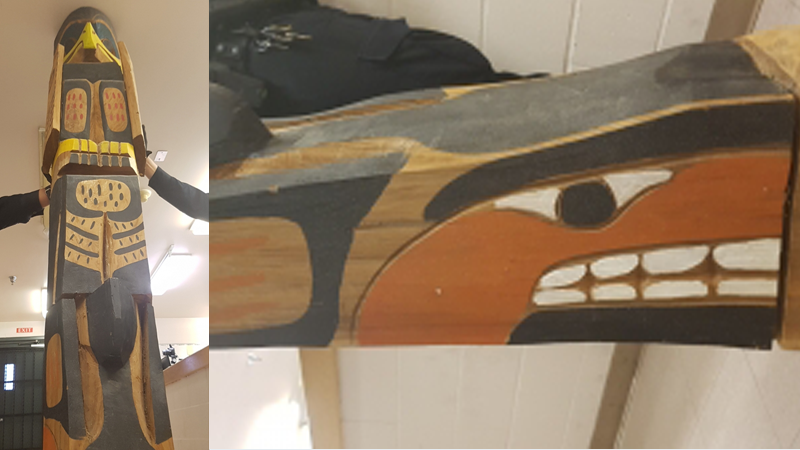 Delta police have recovered an eight-foot totem pole along with enough household goods to fill a two-bedroom house. (Handout)

DELTA – Police are searching for the owners of a totem pole, some furniture, a welding mask and other items that were recovered from a stolen sea container this month.

The Delta Police Department described the recovered property as an "eclectic collection of higher-end household goods and equipment" that would fill a one- or two-bedroom home.

The items were recovered on Jan. 22, but authorities are still working to track down the rightful owners. Delta police spokesperson Cris Leykauf said they're hoping someone might recognize the goods and come forward.

"There are a number of distinctive pieces, which were wrapped in moving blankets and shrink wrapped carefully, and we’re hoping the public and media will help us locate the owners," Leykauf said in a statement. 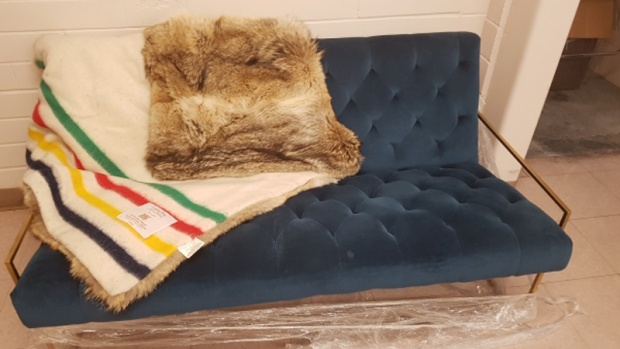 The totem pole that was recovered stands eight feet tall.

Some of the other recognizable items include vintage MCM Danish teak furniture, a Hudson's Bay wool throw with fur on one side, welding equipment and a large frame print of a tree.

The sea container, which is valued at more than $3,000 on its own, was reported to authorities after a local company tried to buy it and suspected the transaction was fraudulent, according to police.

Officers didn't find anything in the container indicating who the items belong to, and have had no luck trying to match items' serial numbers against police databases.

No one has been arrested in connection with the theft, but police said their investigation is active and ongoing.

Anyone with information on the owner or owners is asked to call the Delta Police Department at 604-946-4411.