Police recover $80,000 worth of stolen property, including a tiny house, in Lillooet, B.C. 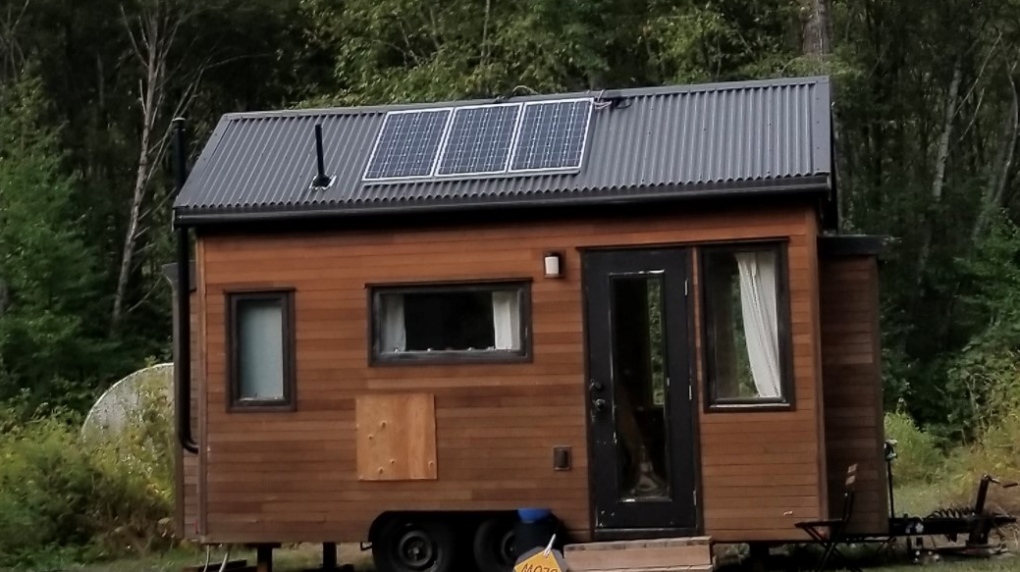 VANCOUVER -- Mounties in Lillooet, B.C., say they have recovered more than $80,000 worth of property that they believe was stolen from Boston Bar and the Okanagan.

Among the items recovered is an eight-by-17-foot tiny home on a trailer, which was reported stolen from a seasonal property located on the Trans-Canada Highway in Boston Bar on Dec. 28.

In a news release, B.C. RCMP said they received a tip about someone attempting to sell a tiny house that matched the description of the stolen one, which led them to the purported seller's property in Lillooet.

Officers visited the property on Dec. 31 and found the missing tiny home, which has cedar siding and rooftop solar panels. Police took a man into custody for questioning, but released him pending further investigation, according to the RCMP release.

On Jan. 3, police returned to the property with a search warrant. While executing the warrant, they said they seized additional items allegedly stolen from Boston Bar property, as well as a generator that was reported as stolen from Coldstream, B.C., back in August.

Officers from the RCMP's Lillooet, Boston Bar and Vernon/North Okanagan detachments are all co-operating on the investigation, which is ongoing, according to police.

A 48-year-old Lillooet man is facing "numerous potential charges" related to the alleged thefts, police said, adding that he is scheduled to appear in court on March 9.