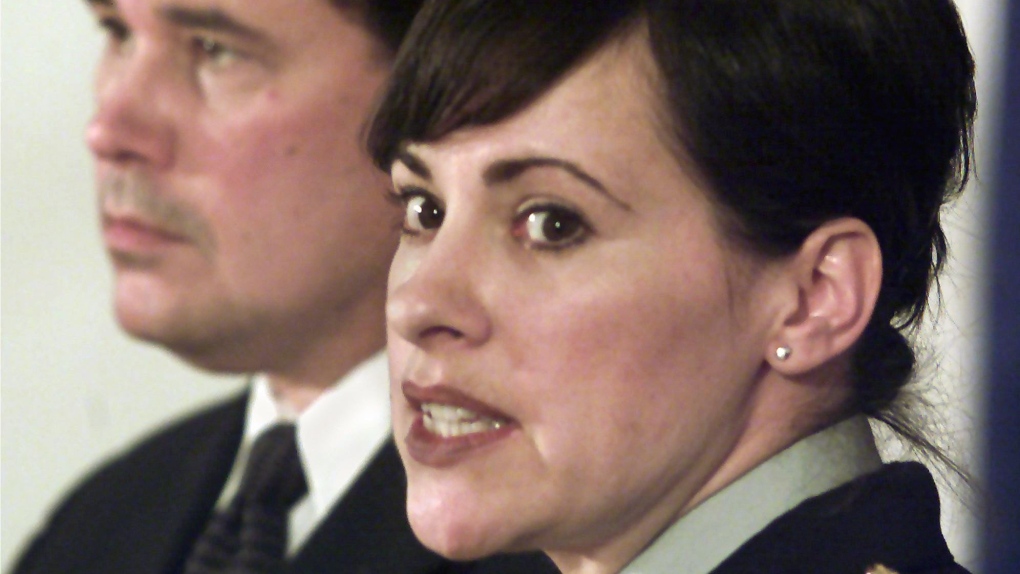 The police officers named in Cpl. Catherine Galliford's sexual harassment lawsuit against the RCMP have all denied her allegations in statements of defence, following the lead of the federal government, which issued its own blanket denial earlier this year.

Galliford, a police spokeswoman who worked on the Air India and Robert Pickton cases, filed a lawsuit in May, alleging nearly two decades of harassment and sexual abuse by her colleagues and superiors.

Wawia, Bergerman and Henderson each filed statements of defence last week, denying all of Galliford's allegations. Little filed his response in October and MacDonald filed his shortly after the federal government did in July.

Galliford first outlined her allegations in media interviews last year, prompting several other female Mounties to come forward with their own stories of abuse -- and their own lawsuits. The series of accusations cast a cloud over the national police force and its treatment of women.

While officials have acknowledged there are problems within the RCMP and have promised to take steps to fix them, the force has consistently denied any wrongdoing as it responds to lawsuits such as Galliford's.

Galliford's statement of claim, which contains unproven allegations that have not been tested in court, says she met Wawia in 1990 while she was an applicant for the RCMP. She alleges he then spent years harassing and stalking her.

Wawia's statement of defence denies he ever harassed or stalked Galliford.

Instead, Wawia says the pair were in a consensual sexual relationship that began in Richmond, B.C., in 1990 and they lived together until Galliford left for the RCMP's training centre in Regina in 1991. Wawia's statement of defence says he has had "no deliberate or intentional contact" with Galliford since 1991.

The federal government has conceded that Wawia was disciplined after a complaint involving Galliford in 1991, though it's not clear what happened. Wawia's statement of defence does not mention the incident.

Galliford met Bergerman while she was still a civilian and living in Prince George, B.C., when he encouraged her to join the RCMP.

Galliford's lawsuit claims that when she was at training in Regina, Bergerman visited her and sexually assaulted her in his car.

Bergerman denies that happened. He said he picked up Galliford in a police car on one occasion in Regina because the two had plans, but he says they decided to cancel those plans and he drove her home without incident.

Henderson worked with Galliford on the Air India task force, and the pair travelled across the country to meet with victims' families.

Galliford alleges Henderson made repeated sexual advances and attacked her in a hotel room during a trip to Edmonton. However, Henderson's statement of defence says nothing untoward ever happened between the two.

Little was a Vancouver police officer assigned to the joint task force investigating missing sex workers and serial killer Robert Pickton. Galliford's lawsuit says Little regularly made sexually explicitly comments and, while they were in a car together, pulled out his genitals.

Little denies all of those allegations in his statement of defence.

MacDonald oversaw Galliford's treatment for alcohol dependence beginning in the mid-2000s. Galliford accuses him of failing to diagnose her with post-traumatic stress disorder and improperly disclosing her medical records to her ex-husband.

MacDonald's statement of defence says he did contact Galliford's husband in an effort to find out more about her alcohol use, but he insists he never shared confidential information.

He also says he did not diagnose Galliford with post-traumatic stress disorder because she did not have symptoms of the condition.

MacDonald goes on to detail repeated attempts to treat Galliford, either through relapse prevention agreements, in which Galliford agreed to remain abstinent and follow treatment programs, and by admitting her to in-patient treatment centres.

In each case, MacDonald says Galliford resumed her drinking and failed to complete her treatment.

Const. Susan Gastaldo filed a lawsuit alleging she was sexually assaulted by Staff Sgt. Travis Pearson, who maintains the two were involved in a consensual affair. An internal disciplinary board accepted Pearson's version of events, but Gastaldo is still pursuing her lawsuit.

Const. Karen Katz has filed two lawsuits. One alleges a colleague harassed and sexually assaulted her, while the second alleges more widespread abuse during her career.

Cpl. Elisabeth Mary Couture filed a lawsuit in December of last year, alleging harassment and intimidation from her superiors and colleagues.

And Janet Merlo, a 19-year veteran of the force, filed a class-action lawsuit in March alleging sexist comments, sexual pranks and derogatory remarks while on the job. Her lawyer has suggested that dozens of other officers are prepared to join the case.