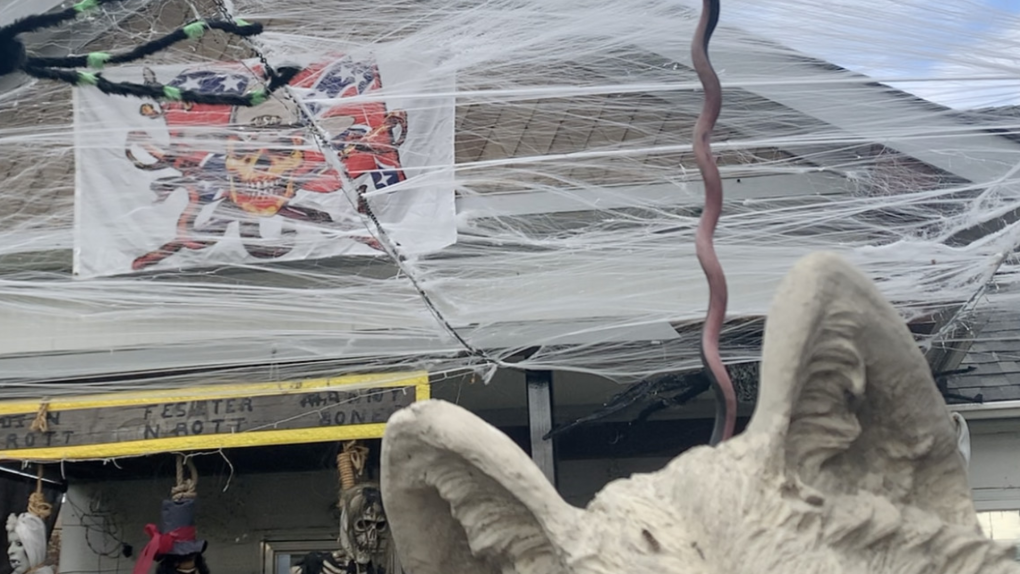 A Halloween display featuring a Confederate flag and hanging effigy has drawn the attention of police in Kelowna, B.C. (Madison Erhardt/Castanet)

Warning: This story contains an image of the hanging effigy.

VANCOUVER -- Authorities have taken the unusual step of investigating a Halloween display after a Kelowna, B.C., home was allegedly decorated with a Confederate flag and hanging effigy.

The incident prompted a statement from Kelowna Mayor Colin Basran, who thanked the city's RCMP detachment for opening an investigation into the "terrible public display."

"There's no place in Kelowna for this kind of racist imagery, which is hurtful to people of colour and all who cherish an inclusive community," Basran said.

Kelowna RCMP said a separate investigation has also been launched by city bylaw officers. The alleged effigy had been removed by the time bylaw officers visited the home, but the Confederate flag had not.

Authorities said they'll be asking the person responsible for the display to remove the flag as well once they make contact.

"We are taking this incident extremely seriously and are collectively working with city bylaws as to the appropriate course of action," RCMP Insp. Adam MacIntosh said in a statement. "These symbols only serve to fuel hatred and division and such behaviour cannot be tolerated in our community and society."

Kelowna RCMP did not indicate whether the display may have violated any laws, and has not responded to a request for comment from CTV News.