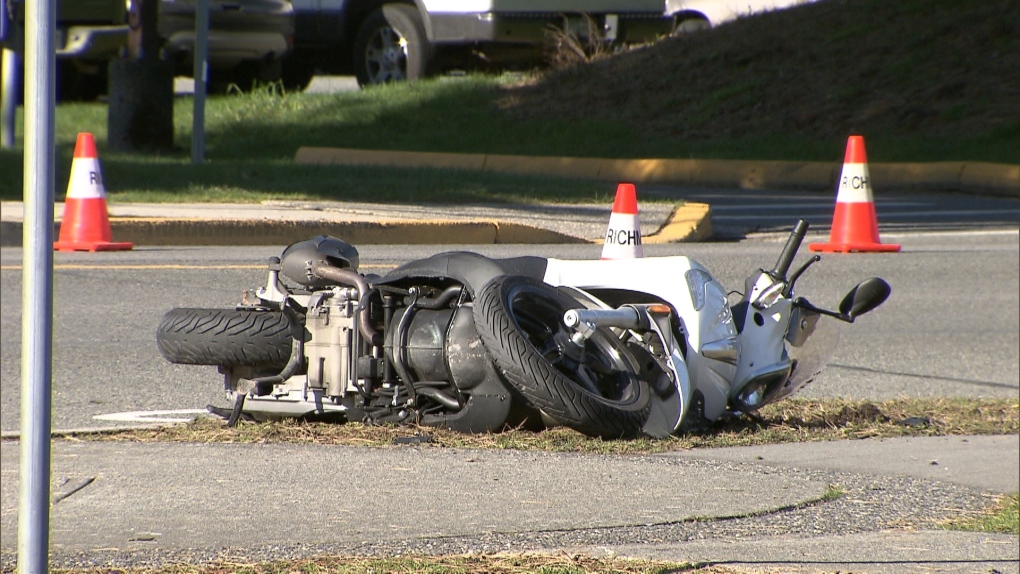 A motorcycle is seen on its side following a crash involving a minivan in Richmond, B.C. on Feb. 18, 2020.

RICHMOND, B.C. -- Richmond RCMP are investigating a crash involving a scooter and a Dodge Caravan that sent one person to hospital Tuesday.

The collision happened at Lynas Lane and Dover Crescent - just north of Westminster Highway - shortly before noon. A white scooter could be seen on its side by the sidewalk in the aftermath of the crash.

Mounties said the driver of the scooter was taken to hospital with serious but non-life-threatening injuries. He has not been publicly identified, but police said he's a man in his 60s.

The minivan driver, also in his 60s, was not injured in the crash.

Officers blocked off the entrance to Lynas from Dover as they investigate the scene.

The RCMP has provided few details about what officers think happened, but said speed is not believed to be a factor.

It was initially reported that the scooter was a motorcycle. This article has since been updated, following the release of more information by the RCMP.