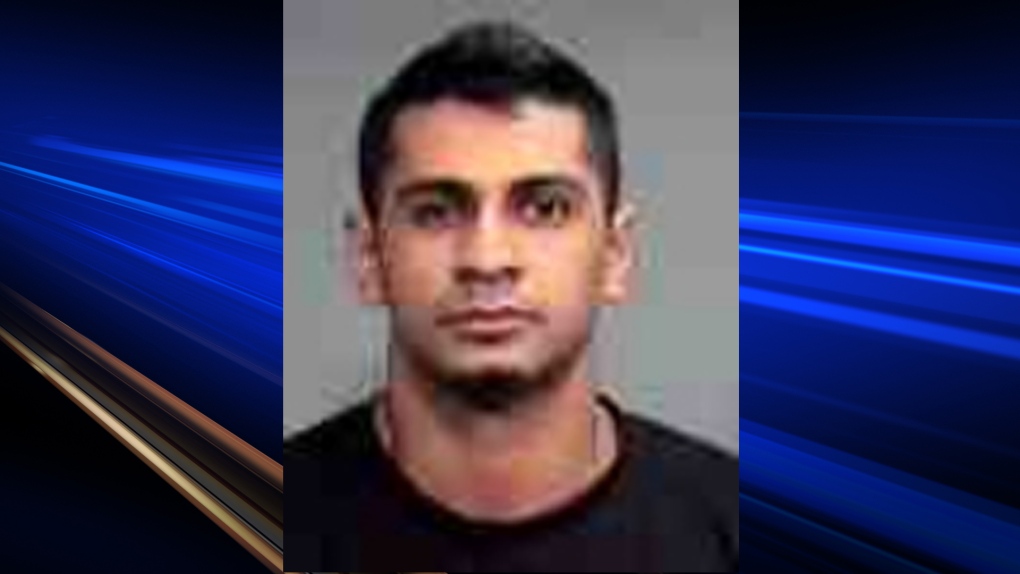 Surrey RCMP are looking for Harpal Dhaliwal, 30, who is suspected of shooting a man inside of a Surrey Mac's store Tuesday night. Jan. 9, 2014. (CTV)

Mounties have arrested a suspect accused of shooting a man in the groin in a Surrey convenience store earlier this week.

Harpal Dhaliwal, 30, is accused of getting into an argument with another man in a Mac’s store on 152 Street Tuesday night before opening fire on him, striking him in the groin.

A suspect took off before police arrived, spurring a search of the surrounding area.

The victim was rushed to Royal Columbian Hospital, where he underwent surgery for non-life threatening injuries Wednesday morning. His identity has not been released.

The two men allegedly pulled up together in a pickup truck before entering the store and knew each other, according to RCMP.