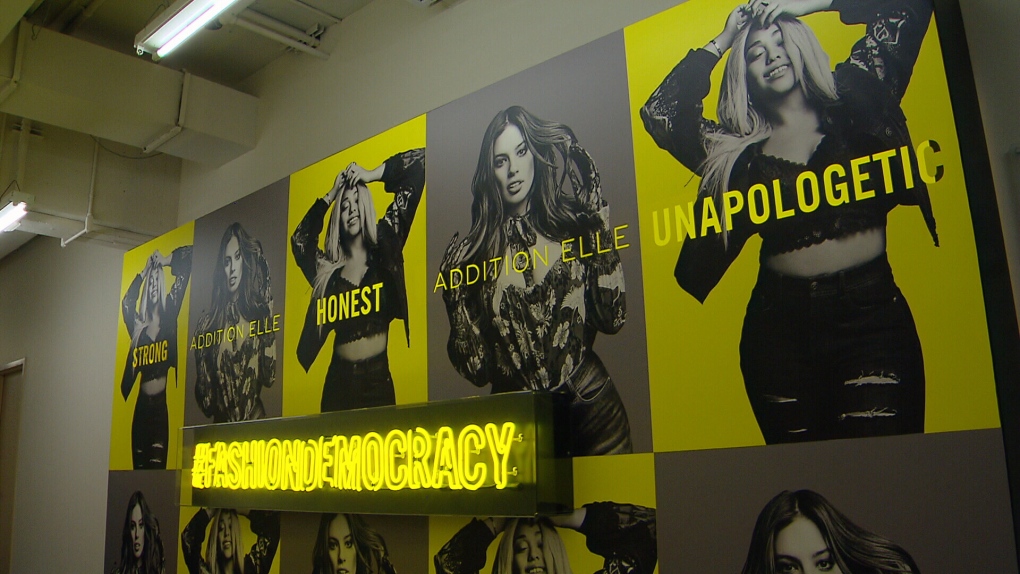 In a world where one size fits few, New York Fashion Week made history this fall with dozens of plus-sized models walking in several shows. It appears the fashion industry has gotten the memo on size inclusiveness and retailers are ready to reap the rewards.

The plus-size clothing market is becoming more competitive, with more designers and mainstream retailers looking to capitalize on a demographic that has long been ignored.

"It isn’t one size fits all,” explained Roslyn Griner, VP of marketing at Addition Elle, “The Canadian market for plus-size is $1.8 billion and it's growing at 8 per cent a year.”

According to the NPD Group in the U.S., the plus sized market is growing three times faster than the overall women’s clothing market. And Addition Elle is one of the companies leading the way toward higher fashion offerings for plus-size women.

“You're kind of limited now to where to shop if you are larger size person," said shopper Patricia Carella.

“If there is something in an 18 there might be one in it and then it's gone," said shopper Diane Berry, “But when you look around there's a lot of 16 or 18 size women out there.”

Models like Ashley Graham are also helping to lead the size-inclusive evolution.

The famous model is now designing a line of lingerie for Addition Elle, which is gaining international attention.

And there’s been an explosion of plus-size clothing options online as well.

Three-quarters of online retailer Modcloth’s fashion is available in every size from XXS to 4X, or size 0 to 24. A recent study by the company found 74 percent of plus-size women felt frustrated by the in store shopping experience, but 88 percent said they would spend more on clothes if trendy options were offered in their size.

Torrid which was one of the first companies to walk the runways of NYFW, also offers clothing in sizes 10 to 30.

Toronto based retailer Joe Fresh has now expanded the sizes it offers and although it's Addition Elle’s competition, Griner see it as a good thing.

"I think there's always been a huge demand. I think this market is underserved,” she said. "She wants options, she wants to be like any other consumer that's why we stand behind this idea fashion democracy."

"Oh absolutely, I believe it," said Berry, “I think there should be more selection all around for people who are in a bigger size."