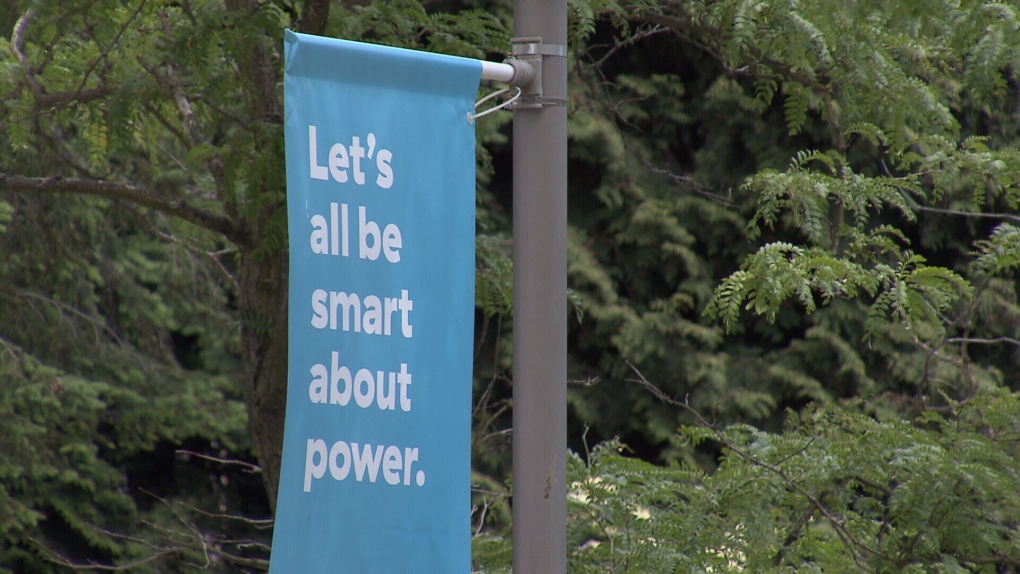 A B.C. Hydro sign is seen in this undated file photo.

VANCOUVER -- A new report from BC Hydro says a concerning trend is emerging as British Columbians seek relief from COVID-19 restrictions by sprucing up the yards around their homes.

More than 100 reports linked to what BC Hydro calls “backyard logging” have been received since March 2020, but the utility suspects the number is much higher.

It says a survey conducted last month found a quarter of British Columbians, about 1.3 million people, have had either a close call or actual contact with power lines or electrical equipment at some point.

Distribution lines through neighbourhoods can carry up to 25,000 volts while smaller service lines to homes can pack a potentially lethal 240 volts, but Hydro's research says most people don't know three metres is the minimum safe distance from any properly functioning line for both people and equipment.

“BC Hydro is urging the public to make safety around power lines a priority, especially as the weather heats up and British Columbians spend more time outdoors in their own backyards because of the COVID-19 pandemic,” the report says.

Understanding the importance of the three metre minimum is a key to safety, Hydro says, because tools don't need to touch distribution lines to be dangerous.

"The electricity voltage from the pole-to-pole distribution lines in B.C. neighbourhoods is capable of “arcing” or jumping to persons or objects, including tools, that come within three metres of the power line,“ says the report.

If any part of a tree or hedge is within the minimum distance Hydro says homeowners should call 1-800-BCHYDRO and consult a certified arborist if pruning is needed.

Electrical or other infrastructure can also be buried and the utility urges gardeners and landscapers to check with BC1 Call before any shovels go in the ground.

This report by The Canadian Press was first published May 7, 2021.