Plane that crashed in B.C. supermarket parking lot 'flipped like a cartwheel': witness

VANCOUVER -- A small plane crashed in a parking lot at a supermarket in Nelson, B.C., Monday.

Photos show the plane came to rest across a few empty parking spaces outside of the Real Canadian Wholesale Club on Lakeside Drive in the Southern Interior city.

Police tape blocked the plane, which appeared to have some damage to its front end.

Police in Nelson said the crash was reported around 9:30 a.m. in the lot not far from the airport.

Two people were on board at the time, and taken to hospital for what the Nelson Police Department described as minor injuries.

Witnesses told CTV News they saw the pilot, a man who appeared to be in his 40s, walking back to the plane after the crash to retrieve something before he was taken to hospital.

A woman who arrived at the scene after the crash said it looked like the plane had crashed through a fence before coming to a stop in the parking lot. Photos and video from the scene showed a damaged chain-link fence.

And in an interview with CTV, a resident of Nelson described what she'd seen from the other side of Kootenay Lake.

Fiona Richards said it was a windy day in the area, and that she'd seen the plane go off the runway.

"I watched this one come down. It landed, and I could see it was struggling. The wind went under its right wing and lifted it up a little, and it bounced down again," Richards said.

She said the wind spun the plane around and "it flipped like a cartwheel" across the runway, over the fence, across the road and into the parking lot.

"(The wind) made it look just like a paper plane… it just picked it up and threw it."

Richards said emergency crews were at the scene within minutes.

The NPD and Transport Canada are investigating the cause of the crash, but so far it appears the pilot was attempting to land and was blown off course by a gust of wind.

A vehicle in the parking lot was also damaged, but no other people were injured. 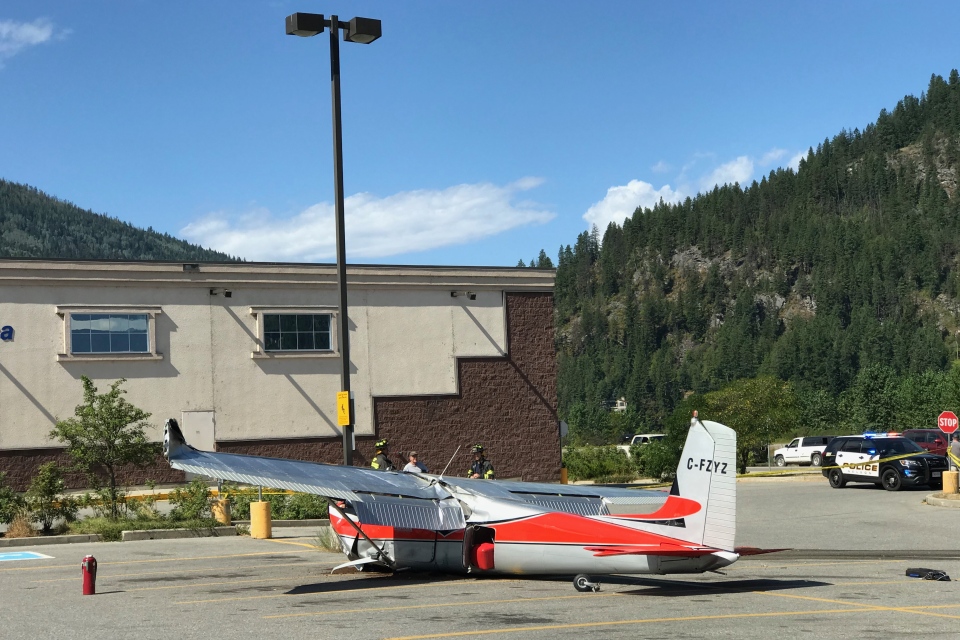 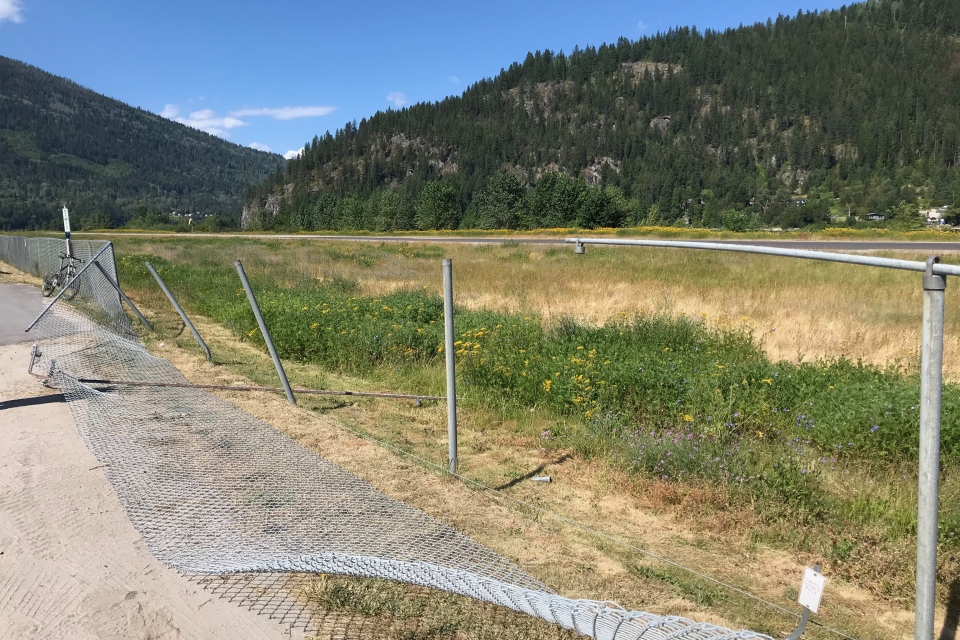 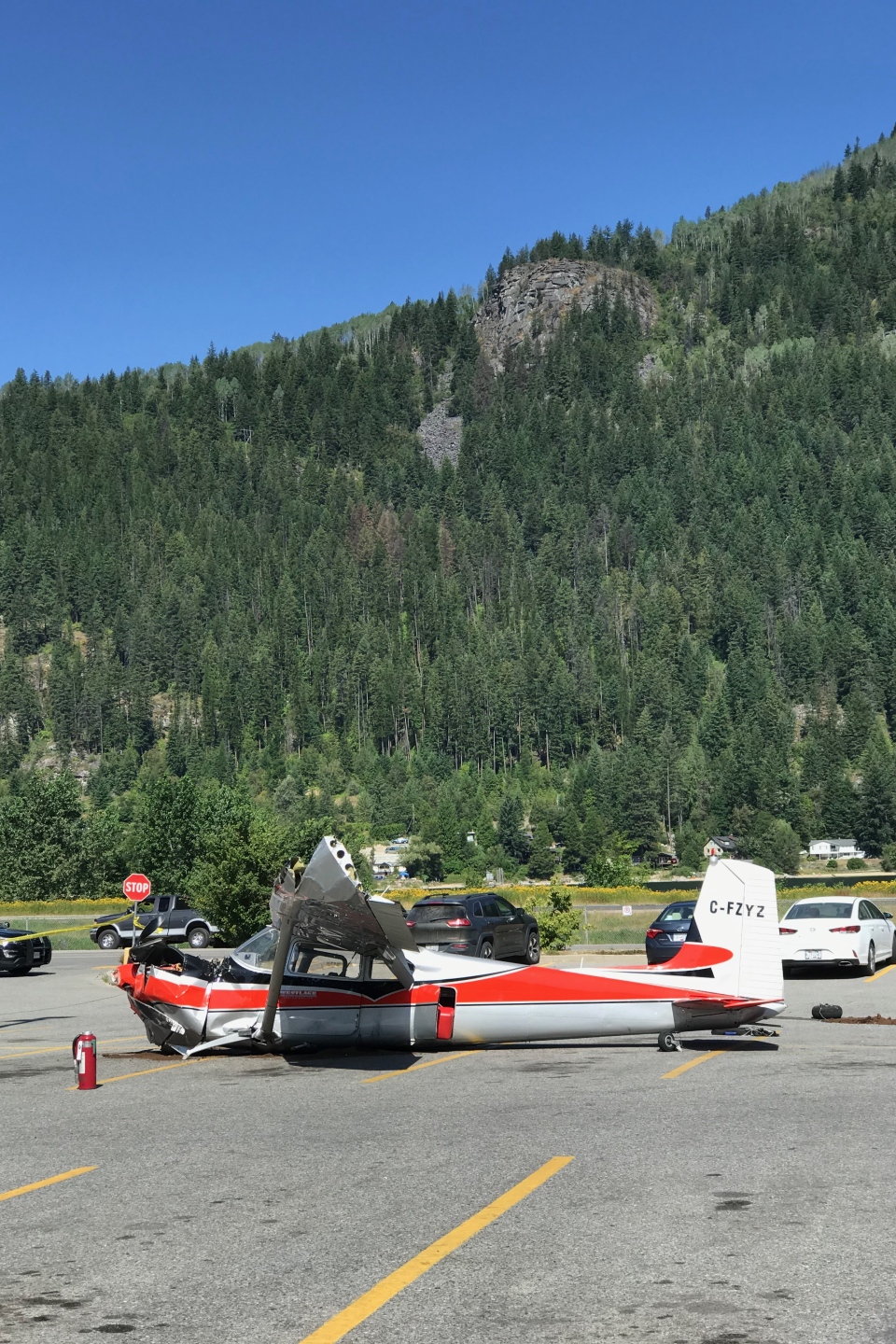 Photos from Jesse Adams, who also captured video of the scene: