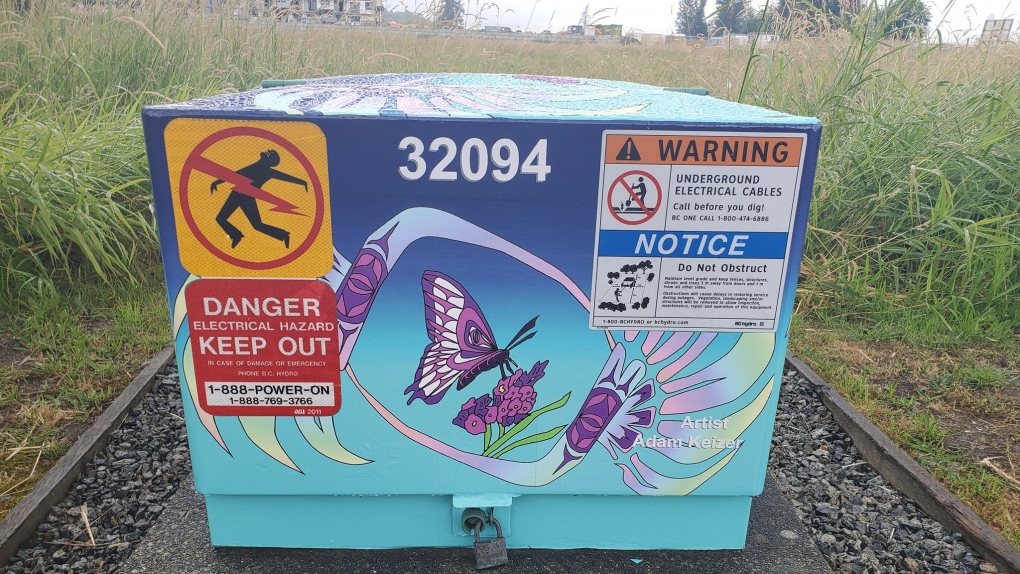 The city attributed the artwork on the hydro box to another artist, Adam Keizer, who says he never claimed it was his. (Trenton Pierre/Facebook)

The City of Pitt Meadows has apologized to an Indigenous artist for using his artwork without permission.

Trenton Pierre, of the Katzie First Nation, posted on Facebook Friday that he had been asked to design artwork for a hydro box in the city, but decided to pass on the project when he found out that the compensation being offered was $100.

He wrote that he instructed the city not to use his design on the box, but later found out that the city had done so anyway.

"This is totally disrespectful from the City of Pitt Meadows," Pierre wrote.

Pitt Meadows Mayor Bill Dingwall commented on the post, saying that he had sent a personal message to the artist to apologize.

"Not sure what happened," he wrote. "We will look into it."

In a statement posted on the city's website, Dingwall called the incident an "unfortunate administrative error."

The city attributed the artwork on the hydro box to another artist, Adam Keizer. He also commented on Pierre's Facebook post, saying he shared the original artist's frustration.

"The artwork is not mine, nor have I ever claimed it to be mine," Keizer wrote. "I know that city staff and council work hard for the betterment of our city, and I expect that they will resolve the issue in short order."

City staff has been instructed to remove the artwork from the box, according to the city's statement. The city says it will implement "internal review and administrative processes" to prevent similar situations from occurring in the future.