"Guess who's back," Grouse Mountain wrote in a post that included four shots of the bears.

The bears, named Grinder and Coola, have hibernated at the hill for 18 winters. When they emerged this year, they were greeted with cheers and applause, Grouse said in a statement.

The pair hibernated for 128 days, during which they were monitored by infrared camera by wildlife rangers.

"Hibernation through the winter is a natural way for grizzlies to conserve energy during a time of low food availability," veterinarian Ken Macquisten said in a statement through Grouse.

The 18-year-old bears were first brought to Grouse in 2001 when they were rescued after being orphaned. Coola came from Bella Coola, where he was found on a highway. 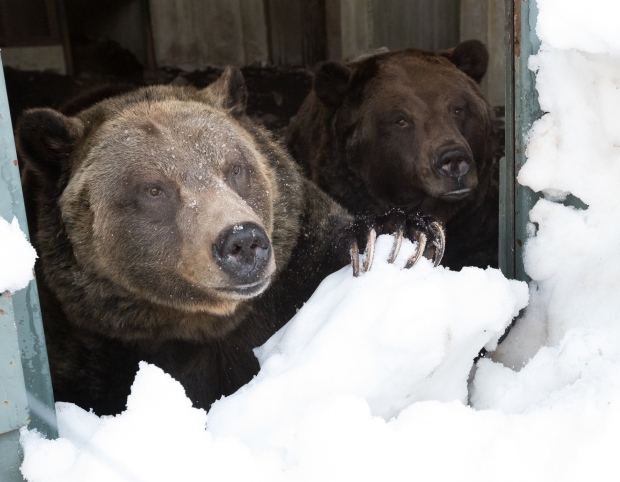 His mother had been killed by a truck, Coola was the only one of her three cubs to survive, Grouse says. He's described as "easygoing."

"He can usually be found submerged up to his neck in the large pond, carefully feeling around underwater for his 'bath toys' - a long, large bone and favourite rock," the Grouse Mountain website says.

Grinder was brought in from Invermere, where he was found wandering alone on a logging road, dehydrated, thin and weak. He weighed just 4.5 kilograms at the time.

He's described as outgoing, high-spirited and dominant: "If you see Grinder and Coola play fighting, you can bet he started it." 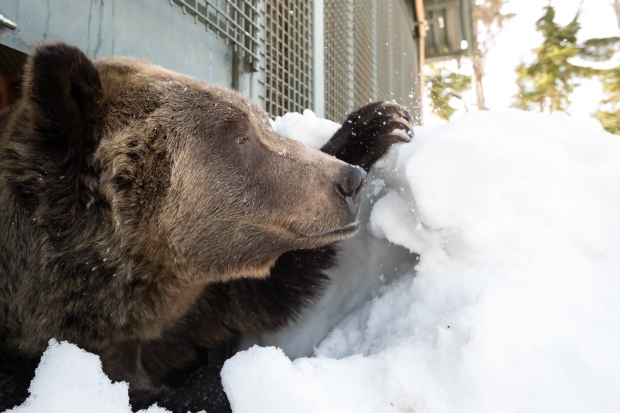 Their activity can be monitored from home through a web cam that streams live through the Grouse Mountain website.

Grouse operates a Refuge for Endangered Wildlife program for research, conservation and education. In addition to the bears, the team at Grouse Mountain maintains hummingbird feeding stations and conducts research on their ecology, migration and behaviour.

The resort also has a Remarkable Raptors program that helps bring awareness to issues facing birds of prey. During the summer, it hosts demonstrations with hawks, a vulture, an eagle and owls, and visitors can also join in a guided eco-walk that involves points of interest for birds of prey.

All photos from Grouse Mountain. Check out more shots of the bears on the resort's Facebook page. 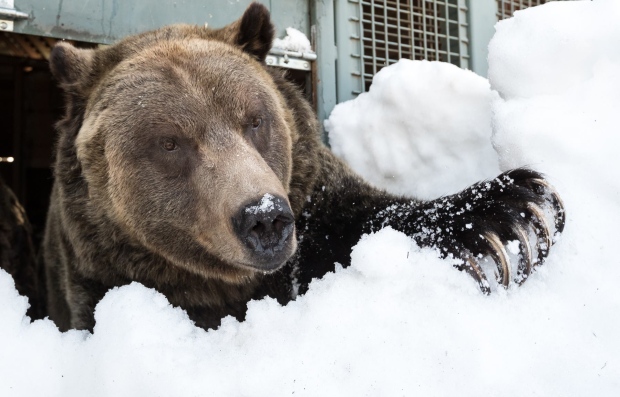