Photos show areas in Abbotsford, B.C., at the height of the flood, and as water recedes

Photos show just how deep the floodwaters were last week following a storm across the southern half of British Columbia.

Images captured by The Canadian Press show three areas of Abbotsford, B.C., as they looked underwater, at the height of the flooding in the Fraser Valley city. The same locations were then photographed again as the water receded, showing the dramatic impact of the previous storm.

One of these comparison shots shows a dead-end road leading to a farm as it was on Nov. 19, compared to how it looked four days later. 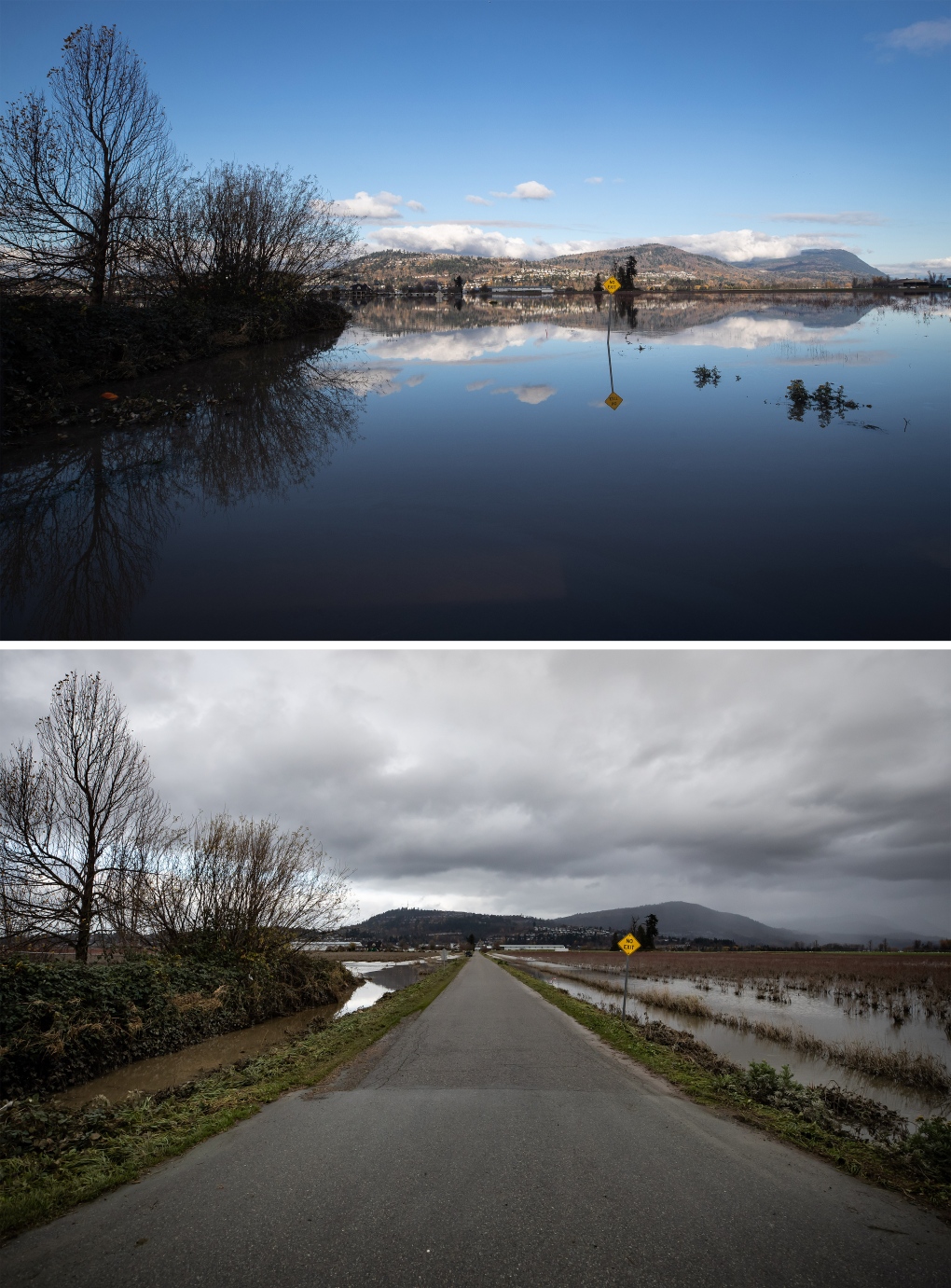 Another shows a farmhouse completely surrounded by water in the first image, and with fields visible in the second. 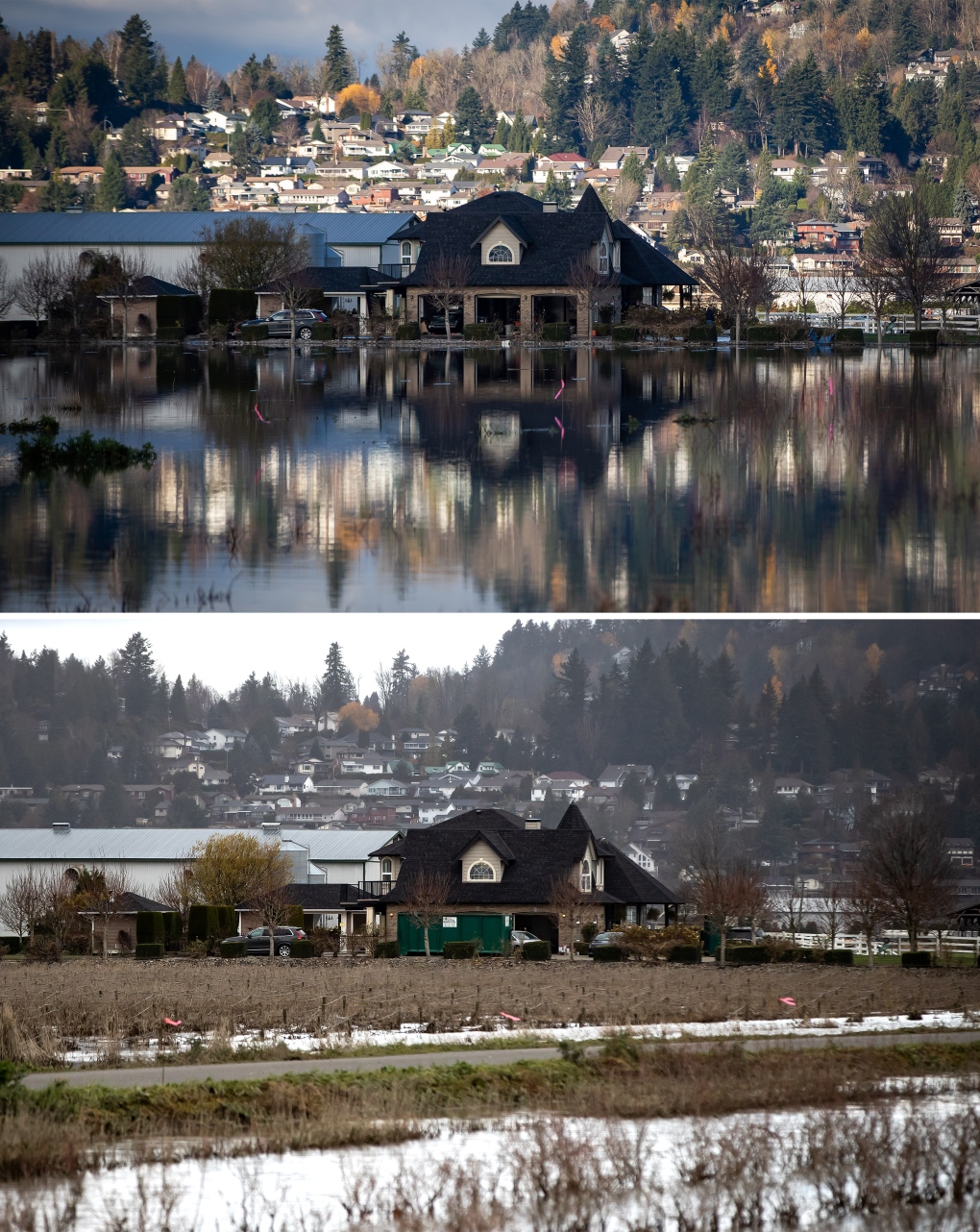 A third shows a "no exit sign" surrounded by water, and later when the roadway was visible again. 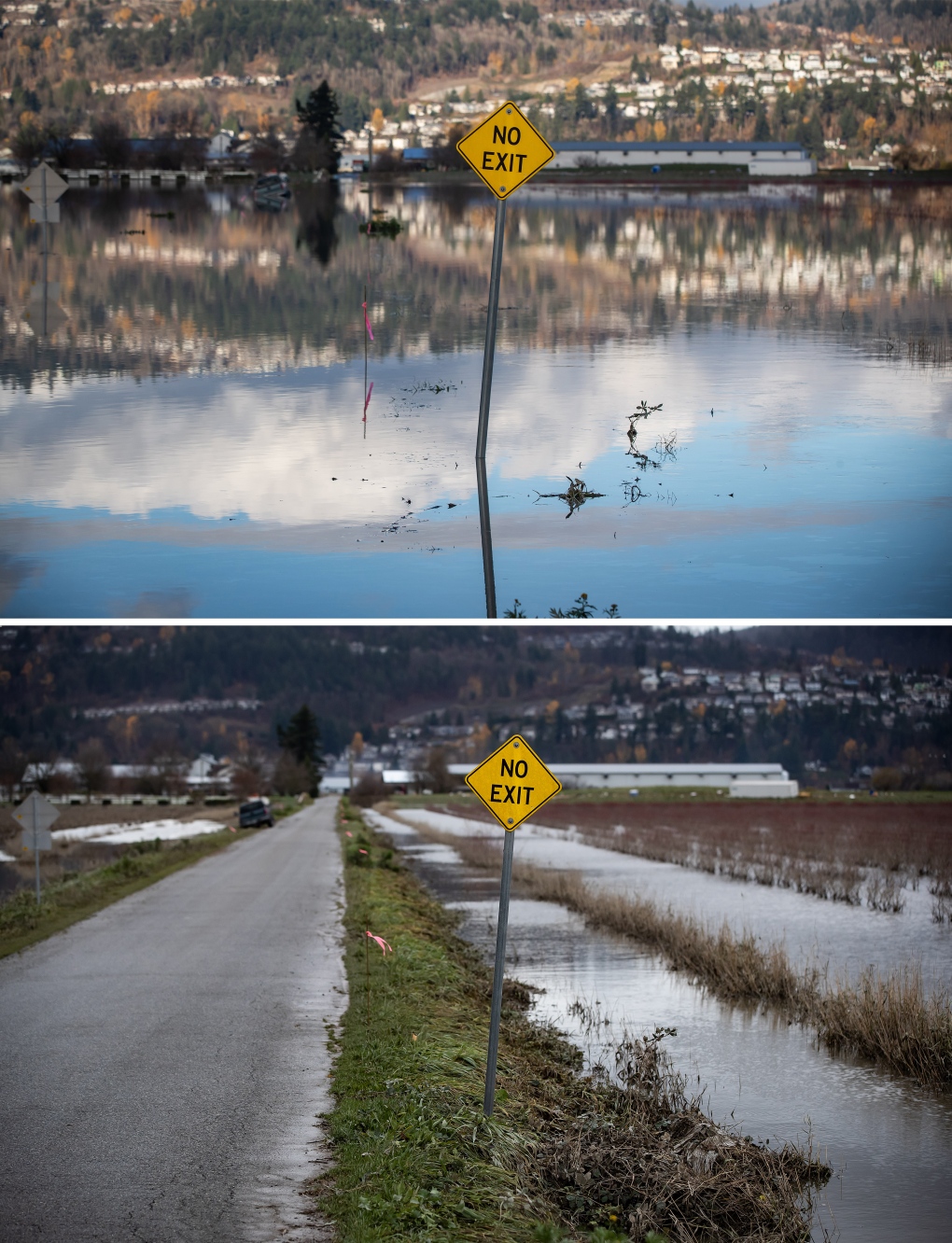 A 'No Exit' sign is seen along the side of a flooded dead end road leading to a farm in Abbotsford, B.C., on Nov. 19, top, and on Tuesday, Nov. 23, 2021, bottom, after floodwaters receded in the area. (Darryl Dyck / THE CANADIAN PRESS)

Two days of relentless rain caused mudslides that blocked B.C. highways for days. At least four people died and another is considered missing.

Water pooled in a section of Abbotsford that was once a lake, but was drained decades ago to make room for farmland. Thousands of animals are believed to have died in the flood, and another storm is expected to hit the area Thursday.

While the west side of the Sumas Prairie was much less underwater on Tuesday, the water level remained high in the eastern portion of the area.

The Baltic nations of Estonia, Latvia and Lithuania will send U.S.-made anti-tank and anti-aircraft missiles to Ukraine in a move that Washington says it is fully endorsing amid Kyiv's escalating tensions with Russia

The Queen has made no secret of her affection for Canada, which she has visited 22 times during almost seven decades on the throne Now Canada is preparing to honour the 95-year-old royal -- Canada's head of state and the world's longest serving monarch -- with a series of tributes to mark her 70 years on the throne.