Photos of suspect released after indecent act in Coquitlam store

Photos of suspect released after indecent act in Coquitlam store 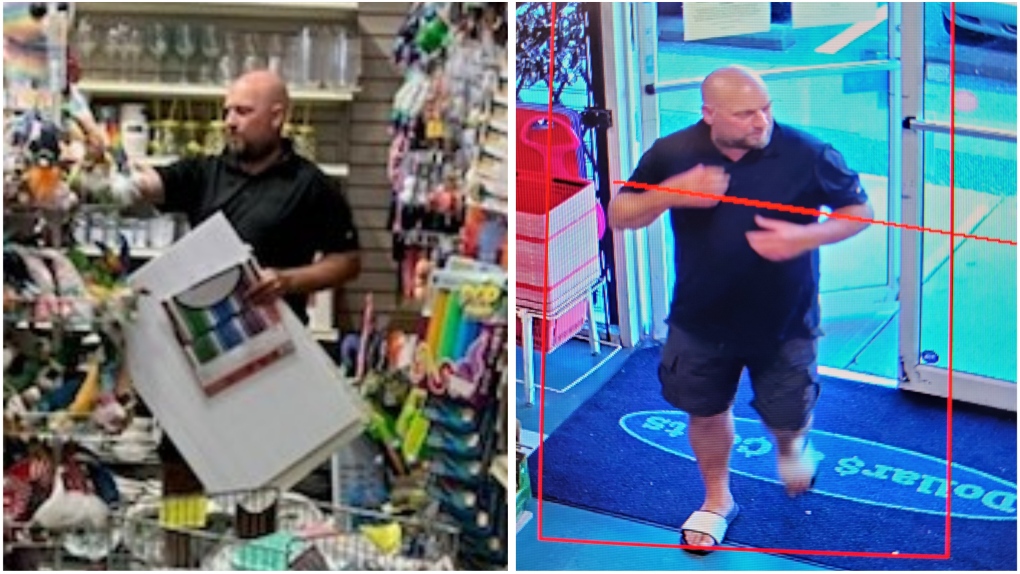 Mounties have released photos of a suspect involved in an alleged indecent act that took place at a Coquitlam store over the summer.

Mounties have released photos of a suspect involved in an alleged indecent act that took place at a Coquitlam store over the summer.

In a news release Thursday, Coquitlam RCMP said the incident unfolded inside a retailer near Johnson Street and Parkway Boulevard on Aug. 19.

"Police attended the store for a report of an unknown male exposing his genitals to a female patron some time between 5:30 p.m. and 6 p.m.," said Cpl. Alexa Hodgins.

The suspect is described as white, between 40 and 49 years old, and 5'9" tall, with a medium to heavy build.

He is bald with a light brown moustache and beard, police said.

The suspect was last seen wearing a black Nike shirt, dark cargo shorts and black and white sandals, and was carrying bath mats at the time.

"It is important for the public to be aware of these incidents and to report indecent activities to police," said Hodgins.

"This behaviour is particularly disturbing as the store was busy with patrons that included children."