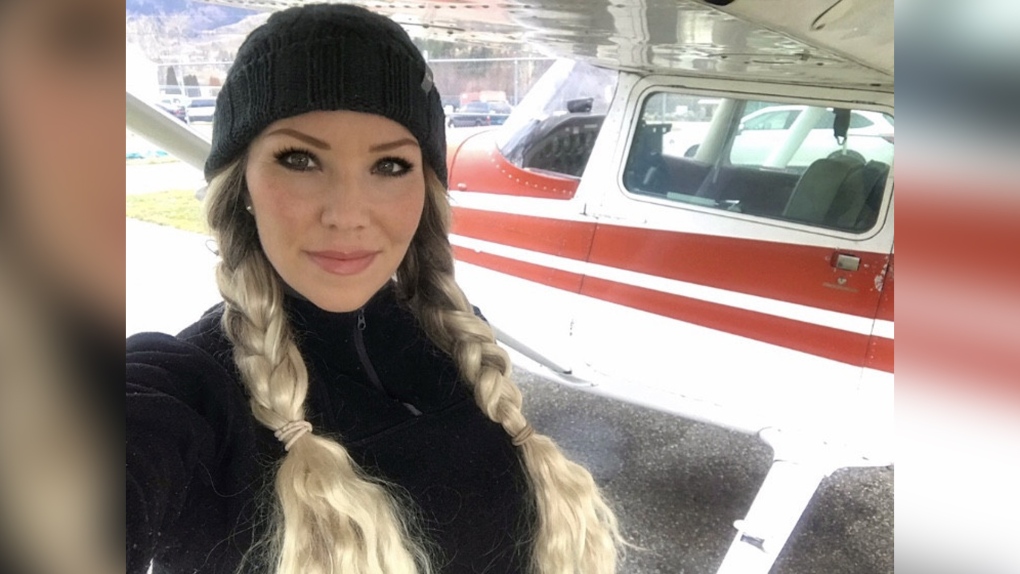 Brandi Hansen, 42, is a semi-finalist in this year's Maxim Cover Girl Canada.

Brandi Hansen wouldn't be your typical Maxim cover girl and she's proud of it.

The Penticton mother of two is a student pilot who wants to flaunt her passions.

She entered this year's Maxim Cover Girl Canada "on a whim" and decided that the only photos she'd submit are ones of her flying an aircraft and enjoying the outdoors.

"I wanted to go against the grain with this, break the mould and do things differently," she said.

So far, it seems to be working.

Hansen is now in the semi-finals, beating out hundreds.

She said she wants to be a role model for men and women, and also show her 12-year-old daughter that it's OK not to look like typical cover models on magazines.

If she wins, she doesn't plan on putting on a swimsuit. She hopes to do a cover shoot that will feature a plane to inspire young women to become pilots.

"I'm a middle-aged mom. I'm halfway through my pilot training. I love flying planes; it is what I want to do for the rest of my life so I don't have aspirations of becoming a model."

She wants to create four $2,000 Higher, Further, Faster Scholarships – inspired by Captain Marvel – to be awarded to girls under 18 who have completed their private pilot licences.

As a long-time search and rescue volunteer, she would donate the remaining $2,000 to the Central Okanagan Search and Rescue group.

"I wanted to spread a message to women and men that you don't need to follow the crowds necessarily in order to achieve your goals," she said.