A pedestrian is dead and an investigation is underway after a hit-and-run in Vancouver.

The Vancouver Police Department says a 24-year-old man and his friend were crossing West 4th Avenue at Arbutus Street around 11:30 p.m. when he was struck by a car.

The VPD says the newer model silver sedan “appeared to be travelling at high speeds.”

“The driver failed to stop and the victim died at the scene,” said Sgt. Steve Addison in a news release Monday morning.

Addison says the victim was propelled a significant distance and is believed to have been killed instantly.

Surveillance video obtained by CTV News from a nearby business shows the moment of impact.

In the video, a car races down West 4th Avenue at a high rate of speed and it appears a body is thrown several metres down the road.

The vehicle involved does not stop.

About 30 seconds later, another motorist stops and gets out of the car to check on the man.

That driver remained on scene and other onlookers can be seen covering the body with a blanket.

The VPD says it now has a vehicle matching the description of the suspect car in its custody and is working to definitely determine whether it was involved.

It would not reveal how or where it was recovered to avoid compromising the investigation.

“If you’re a roommate, family member, a friend of somebody who all of a sudden has unexplained damage on their vehicle, or who woke up this morning and their vehicle is gone for reasons that they can't really explain. We'd like those people all to come forward to speak to our investigators,” said Addison.

The driver has still yet to be identified. 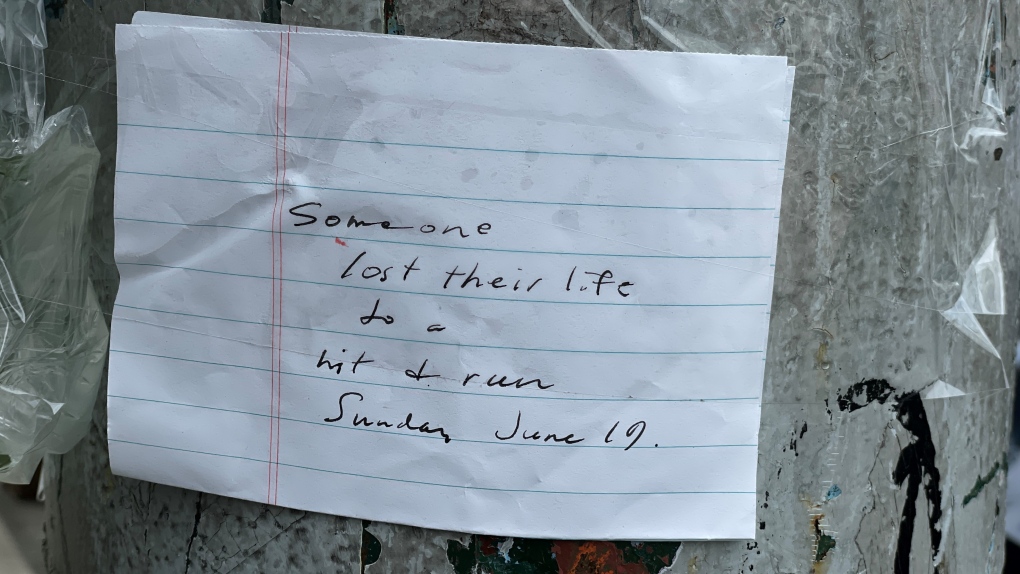 The VPD’s Collision Investigation Unit spent the night collecting evidence from the crime scene and say it’s spoken to a number of witnesses.

Police are asking businesses in the area, or anyone with dash-cam video to review their footage and contact them if they have images of the suspect vehicle.

“Anyone who has not yet come forward is asked to contact investigators right away,” said Addison.

He says based on the evidence, the driver would’ve known that they hit someone and should have remained on scene.

“It is criminal code offence. If you're involved in a collision, especially a very serious collision like this one. You're required to stay and to be involved,” said Addison.

Police believe the vehicle was traveling east on West 4th Avenue at the time of the collison.

The intersection reopened to traffic in time for the morning commute.