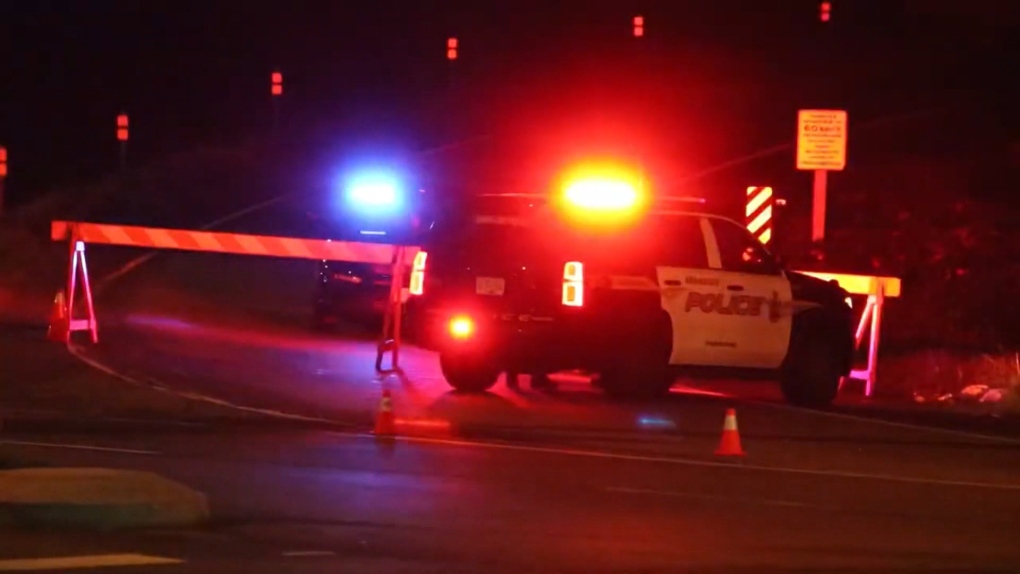 Abbotsford police seen blocking the road near Highway 1 after a fatal collision on Oct. 20, 2021.
Vancouver -

A stretch of a major highway in Abbotsford was closed for several hours late Wednesday night after a collision killed a pedestrian.

Abbotsford police said they were called to Highway 1 between McCallum Road and Sumas Way shortly before 10 p.m. First responders discovered a pedestrian was hit by a semi-truck.

The pedestrian was taken to hospital where they later died. In their statement Wednesday night, police said they were still identifying the victim.

"The driver involved in the collision remained on the scene and is co-operating with this investigation," a news release from the Abbotsford Police Department said. "The driver did not sustain any injuries and is very shaken by this incident."

While the Integrated Collision Analysis Reconstruction Team and B.C. Coroners Service continued their investigations at the scene, Highway 1 was closed westbound between Sumas Way and McCallum Road. Abbotsford police posted on social media at about 2:30 a.m. saying the road was open again.

Anyone with information about the crash or relevant dash cam video is asked to call police at 604-859-5225.