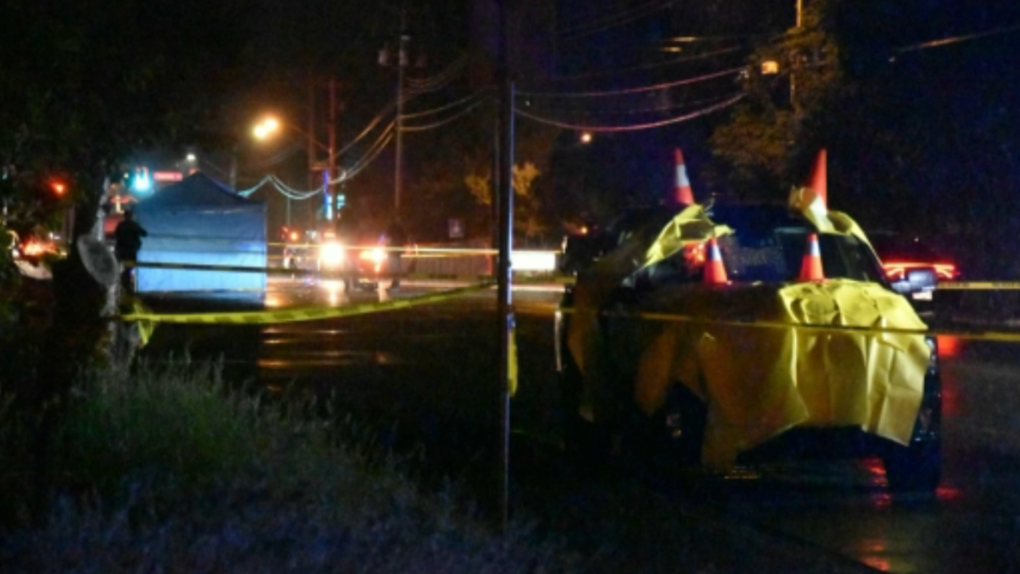 Police in Abbotsford are investigating after a pedestrian was struck and killed by a vehicle Friday night. (CTV)
Vancouver -

Police in Abbotsford are investigating after a pedestrian was struck and killed by a vehicle Friday night.

The incident happened just after 10 p.m. near the intersection of Clearbrook Road and Coral Avenue, according to a news release from Abbotsford police.

"Sadly, lifesaving efforts were unsuccessful, and the female was confirmed to be deceased," police said in their release.

The driver remained at the scene and has been co-operating with investigators, police said, adding that the investigation is in its early stages.

Traffic was blocked on Clearbrook Road between George Ferguson Way and Maclure Road while police investigated, and officers are asking anyone who has dash cam video of the incident or the surrounding area at the time of the collision to get in touch with them by calling 604-859-5225.

A rescue operation is underway Monday for 39 people stuck underground at Vale's Totten Mine in Sudbury, Ont., CTV News has confirmed.

It's the 11th time in September alone that a new record high has been set for ICU patient count, which now stands at 265.

Two Canadians detained in late 2018 who were allowed to return to Canada in a prisoner swap were released on bail for health reasons, China's Foreign Ministry said Monday.

Tensions high between vaccinated and unvaccinated in Canada, poll suggests

A new poll suggests tensions over COVID-19 vaccines in Canada are high as frictions grow between those who are vaccinated against the virus and those who are not.

Health Canada has issued a recall and suspended the licence for PURE75 gel hand sanitizer after learning the product contains 'elevated levels' of methanol that can cause serious health issues such as skin and eye irritation, breathing problems, headaches and even death.