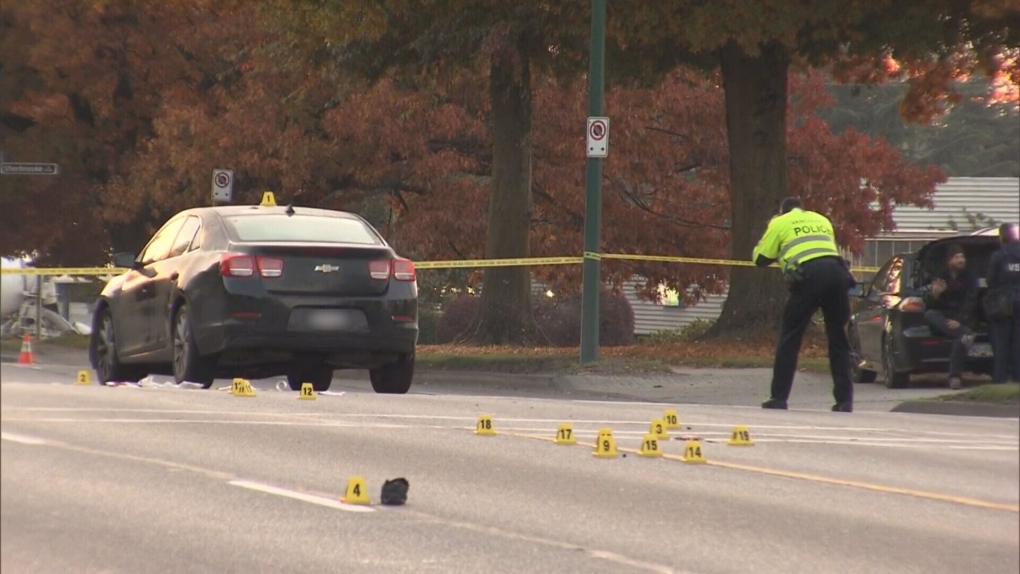 An officer takes photos of the scene of a pedestrian-involved collision in Vancouver on Thursday, Oct. 18, 2018.

A man has died of his injuries after being struck by a vehicle early Thursday morning in Vancouver.

Police say he was crossing Southeast Marine Drive at around 6 a.m. when he was struck by a sedan mid-block near Ross Street.

Several witnesses to the crash provided first aid until paramedics arrived, Const. Jason Doucette said in a statement. He was rushed to hospital but did not survive.

Vancouver police are working with the coroners service to confirm the man's identity. They have not provided further details about him.

The driver of the sedan, as well as his wife and small child, were taken to hospital for medical assessment. Police said the man who was behind the wheel is co-operating with their investigation.

The death marks Vancouver's fifth pedestrian fatality of the year.

Any witnesses who have not yet spoken to police are asked to contact collision investigators at 604-717-3012.