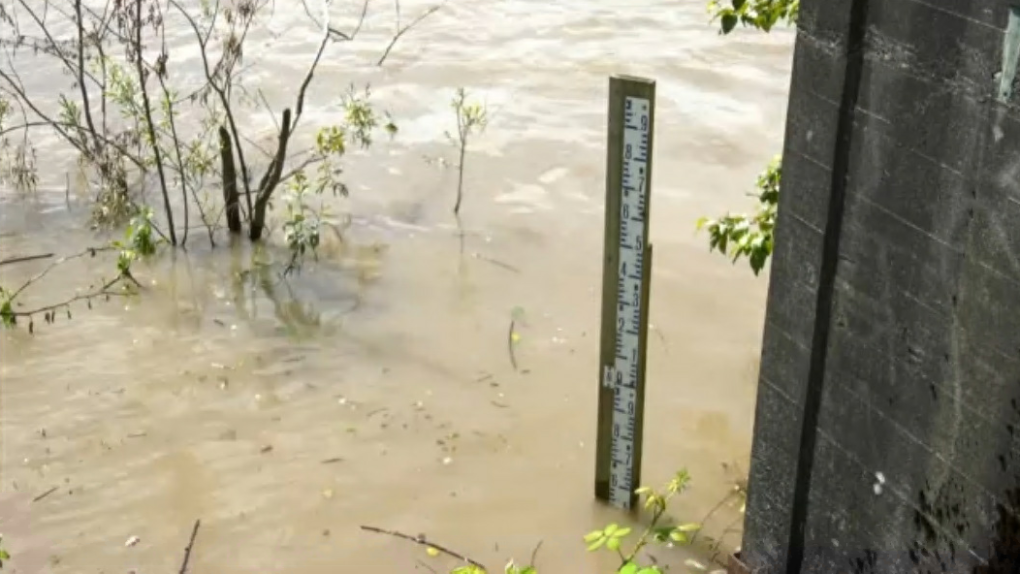 The Mission water gauge currently sits at just about 5 metres, but Zwaab told CTV News the prediction is it will reach 5.9 or 6.0 by Monday. (CTV)

VANCOUVER -- Some regions in B.C. could see peak water levels over the next couple days as nearly a dozen flooding warnings and watches remain in place.

Heavy rainfall across the province's Interior has rapidly increased levels in the Fraser River.

According to the River Forecast Centre, water levels are expected to continue rising Monday, with a peak expected at the Mission gauge.

In some low-lying areas of Metro Vancouver – like in northwest Langley, Glen Valley and Fort Langley – officials handed out notices warning property owners of these upcoming peak water levels.

"These alerts are intended to allow residents to prepare in the event flood waters reach heights that require property to be evacuated," a notice on the Township of Langley's website says. "This is not an evacuation notice."

But other parts of B.C. have been handed evacuation orders due to flooding.

In Cache Creek, flooding of the Bonaparte River led to an evacuation order for a mobile home park Sunday afternoon. Residents were ordered to leave the area immediately.

Other parts of the village were under evacuation alert over the weekend, as were other regions in B.C. including some areas in Prince George and properties in Quesnel.