Partiers a problem at Surrey beach, RCMP say after car wedged between boulders 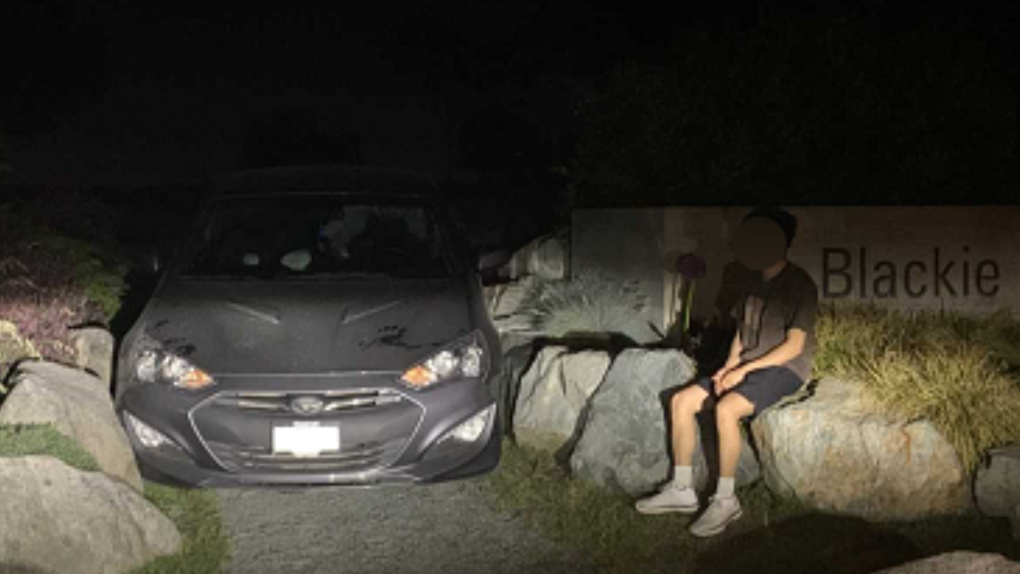 A car is seen wedged between boulders on a pedestrian walkway at Blackie Spit in Surrey, B.C. (Handout)
Vancouver -

An increase in complaints about late-night parties at Crescent Beach has prompted Surrey RCMP to escalate patrols.

People living near the beach have recently voiced concerns about beach fires, noise and unsafe driving in the area.

This has prompted police to remind people to follow current bylaws governing all city parks and outdoor spaces, particularly at Crescent Beach where fires are prohibited. Offenders could face a $200 fine.

It was last week that a man got his car stuck in between two boulders on a pedestrian walkway while trying to retrieve it late at night, says a Surrey RCMP news release put out on Friday.

Police say they’ve stepped up surveillance of the area and point to a traffic blitz conducted by officers and the Surrey RCMP traffic unit in the area on June 3. On that day, 300 vehicles were checked and 20 violation tickets were issued. Two people were arrested for weapons offences.

Mounties are also reminding people that the Blackie Spit parking area closes at 10 p.m. That’s where the vehicle became stuck last week after apparently trying to find a detour around the locked gate.

“Crescent Beach is a one of Surrey’s most popular attractions,” says Const. Sarbjit K. Sangha. “We want to ensure that individuals enjoy their time at the beach, but also ask everyone to respect area residents through abiding by current bylaws, and traffic regulations.”

OPINION | Pamela Palmater: What does the election result mean for Indigenous women and girls?

With a minority government heading back to Ottawa following an election that barely touched on Indigenous issues, there are things the Liberals can do with cooperation from the other parties to address historic and ongoing genocide, Mi'kmaw lawyer Pamela Palmater writes in an exclusive column for CTVNews.ca.