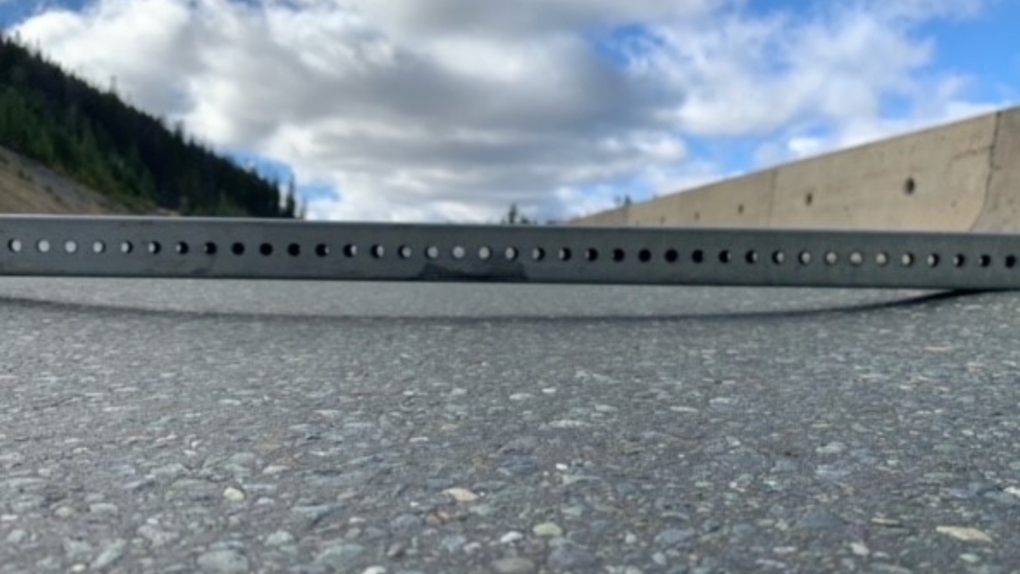 An image shared by B.C.'s transportation ministry shows rutting on the Coquihalla Highway. (BC Transportation and Infrastructure/Facebook)
Vancouver -

Part of the Coquihalla Highway in B.C.'s Interior was damaged in the summer's heat wave, the provincial transportation ministry says.

In a post to social media last week, the ministry said the pavement on the road had been damaged. The record-breaking temperatures led to "major rutting" in the right lane of the highway between Kamloops and Merritt.

"These grooves in the pavement would channel water and hinder plowing over the winter," the post from Oct. 7 said.

The heat wave in late June saw records smashed across the province, with the village of Lytton, B.C., recording the hottest temperature ever seen in Canada for multiple days in a row before it burned to the ground in a devastating fire.

Officials also said more than 500 deaths were attributed to the extreme-heat event.

The transportation ministry said crews were in the areas of Inks Lake and Desmond Hill grinding the bumps down to create a more level surface. The surface will be left rough over the winter to create better traction, the ministry said.

A firefighter from the Montreal Fire Department (SSIM) was spotted Monday morning after going under the water of the St. Lawrence River the day before, in Montreal, while rescuing the occupants of a small boat in distress.