Parole board had serious concerns about Bacon brother's mandatory release 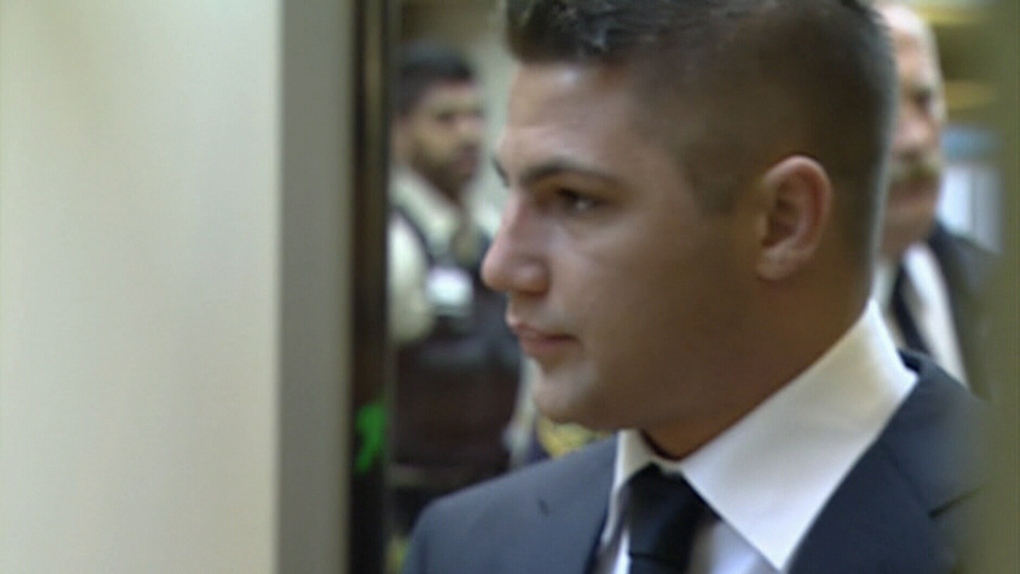 The parole board had serious concerns about the release of one of the Bacon brothers earlier this year, documents show.

Jarrod Bacon was released in June, but parole board documents did not come to light until this week because of a technical glitch.

According to the parole board, Bacon is a known member of the Red Scorpions and the Bacon Brothers gangs, maintains ties with inmates known to be affiliated with the Hells Angels and is considered to be a high public safety risk.

The documents outline his history of drug use since his teen years and his ongoing influence in the gang environment.

They also highlight his alleged violent behaviour and involvement in the drug trade in prison.

Earlier this year, he was involved in a series of violent assaults, targeting three different inmates, according to the documents.

The board’s sources allege Bacon was involved in a minor tobacco trafficking ring and consumed amphetamines in February 2016. Later that year, medication that wasn’t prescribed to him was found in his belongings.

Another report reveals his wife was caught trying to smuggle tobacco into the prison during a visit.

His case team believes he still displays the same behaviour as when he was first sentenced, adding he has “reverted back to the same criminal patterns.”

It’s believed the risk to the community can be managed through intensified supervision, electronic monitoring and a curfew condition. The parole board is also enforcing a six-month residency condition.

By law, Bacon was released after serving two-thirds of his sentence.

The B.C. Court of Appeal increased the sentence to 14 years, and with credit for time served, he was scheduled for release between November 2018 and March 2020. But last year, he was mistakenly released from a Quebec prison due to an error in his files.

Bacon was out between February and July 2017 but the parole board ruled he'd breached two conditions of his release and he was taken back into custody.

The board said he went to a strip club that’s known to be frequented by gang members, and was accompanied by someone with ties to organized crime and drug trafficking.   It added he gave a false identity to police and was acting aggressive, trying to break a window in the police cruiser.

Bacon successfully appealed the board ruling when he argued it had no right to consider his breaches when he shouldn't have been out in the first place.

His brief parole release showed the board that he appeared to show “more interest in securing [his] ties to the criminal world than truly working on a process of change.”

Consequently, the board also imposed special conditions, forbidding him to contact anyone he knows or has reason to believe is involved in criminal activity or is related to the drug trade.

He also cannot consume, purchase or possess drugs other than prescribed medication, and is prohibited from entering bars and liquor stores.

He's the middle child of the Bacon brothers. Charges were stayed against the youngest, Jamie Bacon, last December in connection with an infamous gangland killing in Surrey that left six people dead in 2007.

The oldest brother, Jonathan, died in a targeted shooting outside a hotel in Kelowna in 2011.