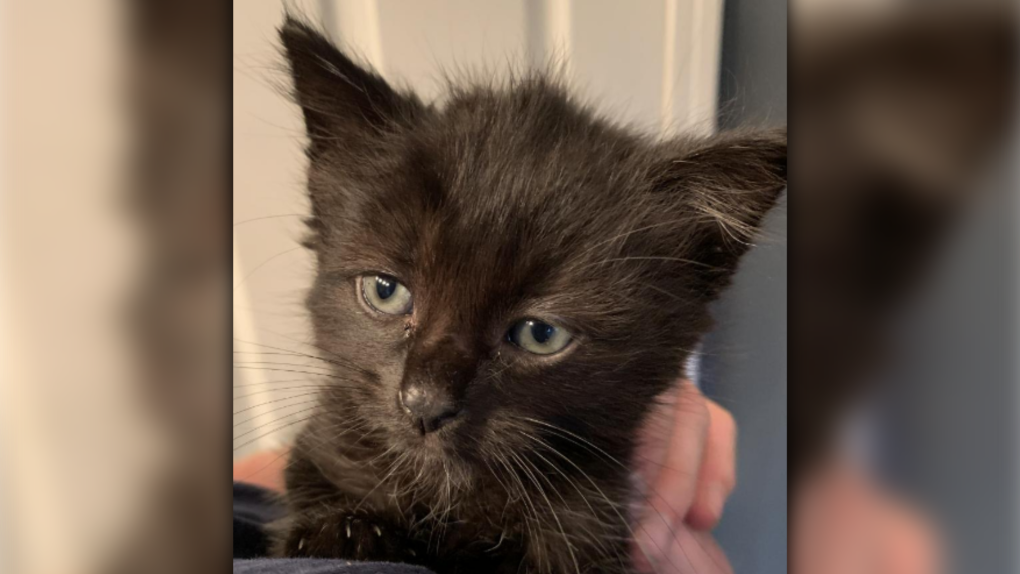 Paul, a kitten with mobility issues, is seen in an image from Vancouver Orphan Kitten Rescue Association website.

VANCOUVER -- The pet frenzy prompted by the COVID-19 pandemic has forced one kitten rescue organization in B.C.'s Lower Mainland to press "paws" on new adoption applications.

The Vancouver Orphan Kitten Rescue Association announced this week that it's no longer accepting applications for kittens – a first in the non-profit's 21-year history.

"We've got to the point where we have approximately 400 approved adopters on our waitlist," said president Tasha Bukovnik. "We just don't want to disappoint people."

Even though springtime is kitten season, VOKRA doesn’t see much hope of meeting the current demand anytime soon. That's partly because the rescue always tries to adopt cats out in pairs, which ensures the animals aren't lonely and can learn proper social behaviours.

"Let's just assume that all of those 400 people on the waitlist will take a pair of kittens," Bukovnik said. "That's 800 kittens! And right now, we just don't have 800 kittens."

VOKRA said it generally only takes in between 600 and 900 kittens per year. The fuzzy felines are normally given online profiles to let prospective families learn about their personalities and quirks, but they're currently getting scooped up too fast for that.

The only kittens and cats currently listed on the VOKRA website are those with medical or behavioural issues – which is one avenue left for people who aren't yet on the waitlist.

That includes Paul, a seven-month-old domestic shorthair with "severe mobility issues" that might prevent him from ever being able to walk properly.

"Despite this, Paul is always happy to put in the effort, and can even slowly march to the kitchen when his dinner is ready," the cat's profile reads, adding that his problem happens to make Paul "truly the perfect lap cat."

Another option is adopting an adult cat. VOKRA said there are about about 100 approved cat parents on that waitlist, and people are still welcome to add their names to the queue.

Asked whether there are any concerns about people buying cats out of boredom during the pandemic, which might result in pets being neglected once restrictions are lifted, Bukovnik said she trusts VOKRA's rigorous screening process more than ever right now.

"If someone's on a waitlist, they know there's hundreds of people ahead of them," she said. "We're pretty confident that the people we're adopting to are in for a long-term commitment."

The pandemic has unfortunately also meant more cats on the street. VOKRA suspects the financial realities of the crisis have contributed to an influx of abandoned pets, particularly unneutered males.

The burden then ends up with rescue organizations like VOKRA, whose mission from the start was to pick up and neuter homeless cats to cut down on the tens of thousands of strays wandering the Lower Mainland.

Bukovnik encouraged any supporter with the means to donate to support the non-profit's work.

"It doesn't take long for a vet bill to go from a couple hundred to a couple thousand dollars," she said.