Oyster mushrooms sold in B.C. recalled due to listeria

Oyster mushrooms sold in B.C. recalled due to listeria 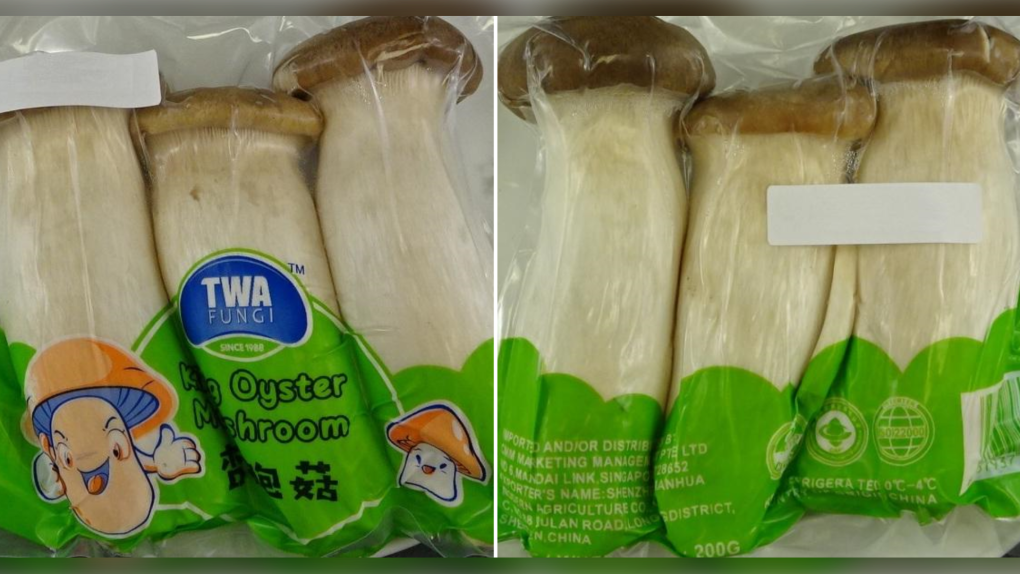 All units of TWA Fungi brand King Oyster Mushroom sold up to and including July 1 are subject to the recall, according to the Canadian Food Inspection Agency. (CFIA)

A brand of oyster mushrooms sold in British Columbia is being recalled because of possible listeria contamination.

All units of TWA Fungi brand King Oyster Mushroom sold up to and including July 1 are subject to the recall, according to the Canadian Food Inspection Agency.

The product was sold in B.C. and "may have been distributed in other provinces and territories," the CFIA said.

The agency recommends stores and consumers check to see if they have the recalled products, which should be thrown out or returned to the location where they were purchased. The mushrooms should not be consumed, sold or distributed.

Anyone who believes they became sick from consuming a recalled product should contact their health-care provider, the CFIA said.

"Food contaminated with Listeria monocytogenes may not look or smell spoiled but can still make you sick," a statement from the agency reads.

Those who are pregnant, elderly or have weakened immune systems are particularly at risk, according to the CFIA. In pregnant people, the disease can lead to premature delivery, infection of the newborn, or even stillbirth.

The agency said the recall was triggered by testing it conducted, adding that it is conducting a food safety investigation, which may lead to the recall of other products.

So far, there have been no reported illnesses associated with the possibly contaminated mushrooms.