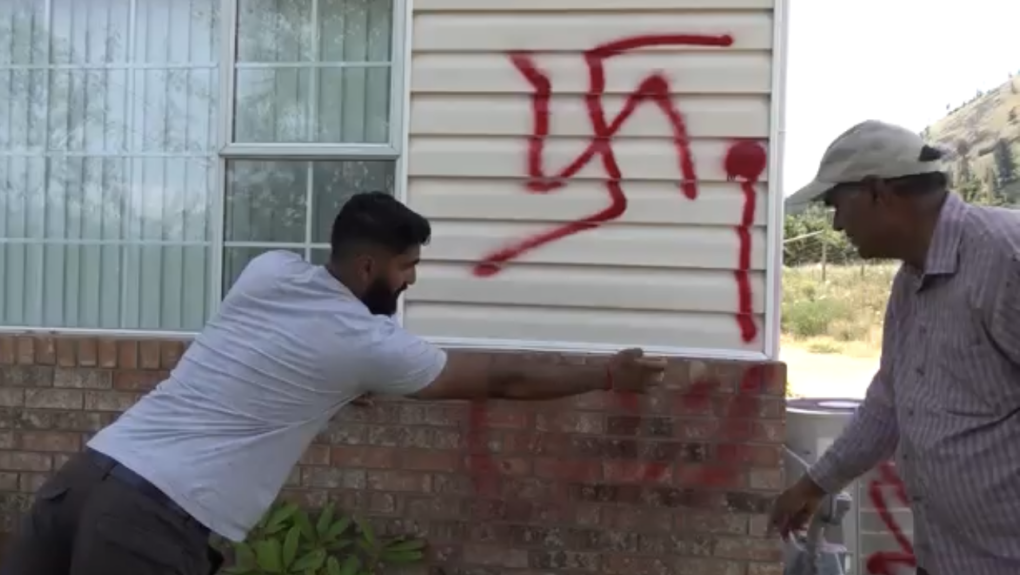 The Lekhi family in Summerland, B.C. surveys racist graffiti that was left on their home this week.

SUMMERLAND, B.C. -- A Summerland family is feeling grateful for the amount of support coming from their community after their home was the target of a racist attack.

It happened on Monday night, when Ramesh Lekhi said he and his wife heard a loud bang at their home. Someone had thrown a rock through their bedroom window, shattering the glass.

“Shocking to see, the first time in my life," said Lekhi, who explained he has been a member of the community for more than three decades.

Outside, police and the family discovered hateful graffiti and a swastika painted on the side walls of the home.

The RCMP launched a criminal investigation into the incident, which authorities said appears to be hate-motivated vandalism.

"This is an attack on our home and blatantly racist," said Lekhi’s son Abhishek.

The mayor of Summerland explained she’s troubled by the incident but not surprised. 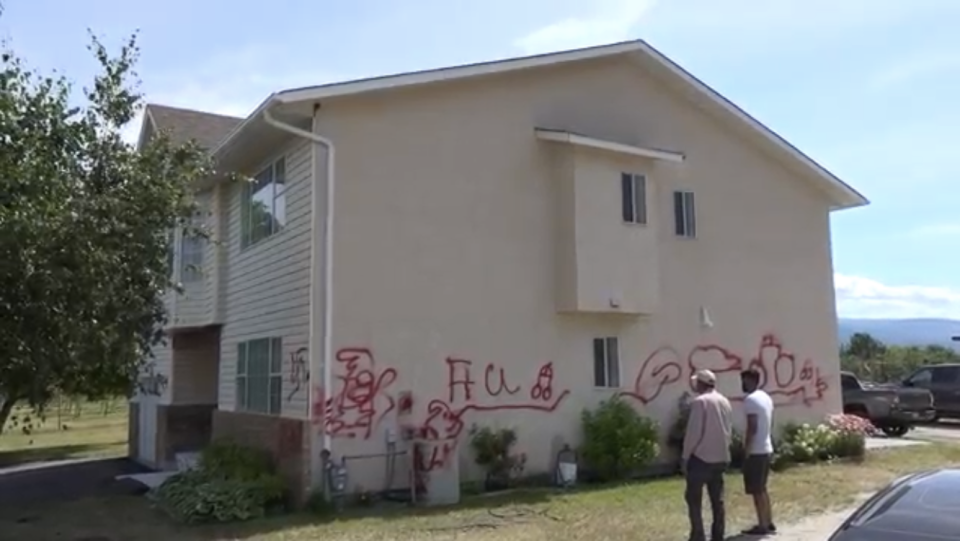 "I hate having to say that. It does not surprise me because I have lived with this my whole life growing up in Summerland,” said Toni Boot.

The mayor said as recently as June, she received an email with a link to an anti-Black video.

“I think it’s time for this to stop in Summerland. It’s not the first incident and I know it won’t be the last,” she said.

Meanwhile, the Lekhis said the people in the community are doing a great job helping them through a difficult time.

"There have been total strangers coming up to us in tears, balling their eyes out saying, 'This isn't Summerland, this isn't what we stand for,'" said Abhishek Lekhi.