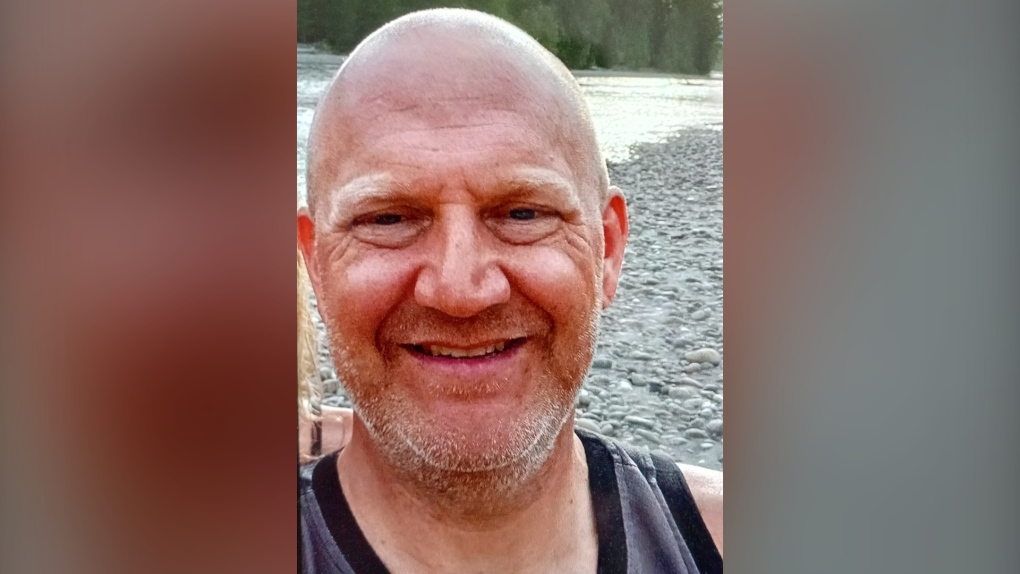 A search is underway for a man last seen near Pemberton who has been identified as member of a B.C. search and rescue team. (Photo courtesy RCMP)

Toby Salin was last seen in Pemberton on Thursday morning, and his disappearance prompted searches by numerous agencies and an outpouring of support from the search and rescue community.

"It is with a very heavy heart that we confirm the passing of Whistler SAR member, Toby Salin," the BCSARA said in a Facebook post Sunday.

"Toby will be remembered for his strong commitment to SAR, his incredible work ethic and dry sense of humour. He will be missed by many."

In its own Facebook post, Whistler SAR offered its "deepest condolences" to Salin's family, friends and colleagues.

"Our hearts are heavy with this sad news," the search team said. "We will miss you Toby and never forget you and your unwavering support as a volunteer and member. Rest In Peace."

On Saturday, BCSARA senior manager Dwight Yochim told CTV News members are used to being called out to try and find missing people, but the search for Salin was an emotional undertaking for the close-knit community of volunteers.

"Almost every team in the province who is aware of what's going on has reached out," he said. "It's a family."

The 3,000 members of B.C.'s search and rescue teams, Yochim explained, will often be called to other parts of the province when help is needed – as was the case when catastrophic flooding hit parts of B.C. last year.

"It might be two o'clock in the morning and you're working with individuals you might not ever have met, but you trust them with your life. As you can imagine, when one of us goes missing, you want to pull out all the stops," he said.

The FBI searched Donald Trump's Mar-a-Lago estate as part of an investigation into whether he took classified records from the White House to his Florida residence, people familiar with the matter said Monday, a move that represents a dramatic and unprecedented escalation of law enforcement scrutiny of the U.S. former president.

Nagasaki paid tribute to the victims of the U.S. atomic bombing 77 years ago on Aug. 9, with the mayor saying Russia's war on Ukraine showed the world that another nuclear attack is not just a worry but 'a tangible and present crisis.'

Federal prosecutors in the United States have accused a Saskatoon woman of faking her own death and that of her son in what they describe as an elaborate scheme to illegally enter the country.