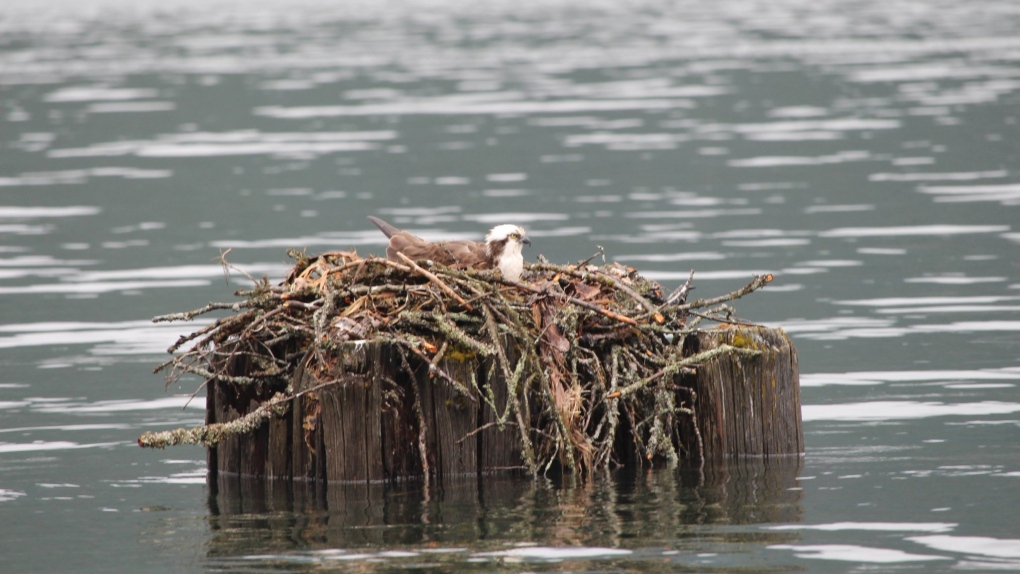 An osprey nest was rescued from rising flood waters on Kootenay Lake. (BCCOS/Facebook)

As water levels rose in a flooding B.C. lake recently, conservation officers and wildlife biologists worked together to rescue an osprey's nest in the Kootenay region.

B.C. Conservation Officer Service shared the story on social media Wednesday, saying the nest was in a "precarious place" as water levels rose on Kootenay Lake.

"The nest was close to being flooded and with the forecast calling for a further rise in water levels, it needed to be moved," BCCOS said.

The rescue, which happened in Kaslo Bay, was conducted by biologists, conservation officers, a retired park ranger and a concerned local citizen.

The team approached the piling, which is where the nest was resting, in a boat. BBCOS said the "mother osprey was very calm and watched the operation from a nearby tree."

Two eggs were carefully secured in a warm cooler and the nest was moved about 15 metres to a higher piling.

Several parts of B.C. are keeping an eye on water levels, with flood warnings in place for Quesnel River and Blue River as of Thursday morning. In the Kootenay region, a high streamflow advisory remains in place, mostly due to recent rainfall.