Opposition calls for plan beyond pandemic in Monday throne speech by B.C. NDP 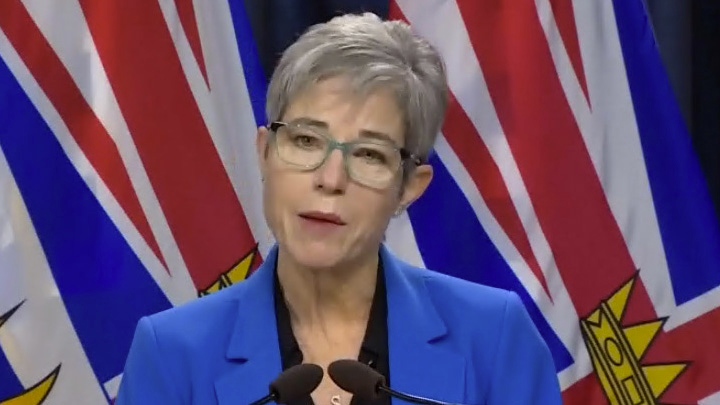 The speech is expected to set the government's agenda following one last year that was dominated by COVID-19 recovery efforts after the NDP's election win in October.

Interim Liberal Leader Shirley Bond said the government's economic, social and health programs throughout the pandemic have been unfocused and the Opposition will demand initiatives with straightforward goals.

“We expect premier Horgan to lay out a plan that deals with the significant issues that British Columbians care about,” Bond said in an interview. “It starts with the response to COVID-19 and what that looks like moving forward.”

The Liberals want more support for small- and medium-sized businesses as opposed to complex and slow relief programs, she said.

“It's not enough to have one-off programs being announced all over the province,” said Bond. “One of the themes that has emerged with this government is a lack of strategic planning.”

NDP house leader Mike Farnworth said the throne speech will focus on getting B.C. through and beyond the pandemic.

“We want to get the pandemic behind us,” he said. “We want to build back stronger. We want to invest in people. We want to strengthen communities. We want to make sure that we are able to help businesses grow and hire.”

Farnworth said the budget will include details of government investment in communities and infrastructure, but the fight against the pandemic is paramount.

“Obviously critical is ensuring we get British Columbians vaccinated,” said Farnworth. “The next few months are going to be critical in that regard.”

Bond said the throne speech needs to present details about the government's plans to create jobs and promote economic recovery in the short-term and after the pandemic.

“It is time for this government to lay out a plan that deals with some of the critical issues we are facing in B.C.,” Bond said.

Among the serious issues facing the province is the ongoing opioid overdose deaths, she said.

“We are in the middle of a crisis when it comes to mental health supports and an opioid crisis and despite a lot of talk we have seen little action that's been effective on that front,” said Bond.

Adam Olsen, one of two B.C. Greens in the legislature, said the NDP has yet to offer a clear agenda since the fall election, when the party said it needed a majority to offer steady government during the pandemic.

“Most governments after they get elected have got a 100-day plan, very clearly articulating what their next steps and first steps are for the government,” he said. “That's really been missing since November.”

Olsen said he recognizes the pandemic has been all-encompassing for the government and responses are required, but there are other issues facing the province, including the Site C dam.

“We've got one of the largest projects of any government in the history of this province and in this country, the Site C dam, that is very clearly troubled,” said Olsen.

Last month, Horgan said the hydroelectric dam faced “significant challenges” due to geotechnical issues and COVID-19 construction delays that would increase the estimated cost of the project to $16 billion and delay completion by one year to 2025.

The province is also facing environmental concerns about increased greenhouse gas emissions connected to the massive $40 billion LNG Canada project in northern B.C. and the Greens want the government to halt logging in an old-growth forest on southern Vancouver Island.

“We've got a government saying they're addressing all those things, but there's no coherent plan,” said Olsen. “When you don't have that coherent plan you can look at, it's very difficult to evaluate the success.”

Olsen said the government hasn't yet been able to present its vision for the future.

“I hope that they use this throne speech to lay that vision out for British Columbians, more than just launching a program in response to something, fixing it on the fly and then claiming success.”

This report by The Canadian Press was first published April 11, 2021.