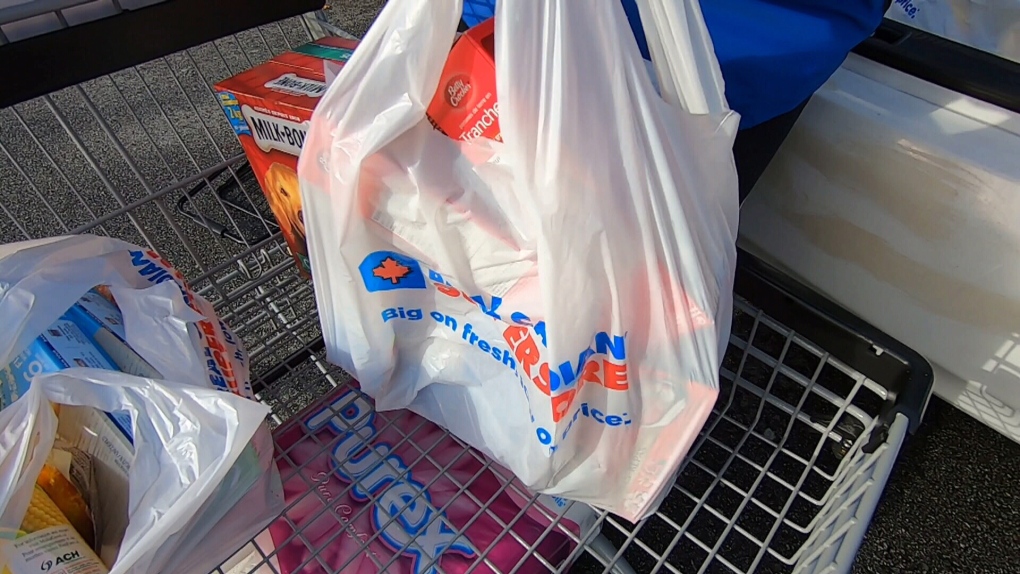 A plastic bag from Superstore is seen in this undated photo.

A plan to ban plastics bags in Vancouver is now up for debate.

The city is offering residents, organizations and businesses a chance to share their feedback in an online survey.

The change would also include charges for using paper bags or allow you to buy a reusable bag.

"We're really interested in what people have to say on whether the city should ban plastic bags," said Monica Kosmak, the spokesperson for the strategy.

Kosmak notes that city-organized polling research showed 59 per cent support for a plastic bag ban back in 2017.

The ban is part of the city's single-use item reduction strategy, which previously approved bans on straws and foam containers.

Those bans are scheduled to come into effect in early 2020, after numerous delays by city council.

The city says roughly two million plastic shopping bags are disposed in the garbage across the city each week, with the bags also comprising two per cent of larger litter items in streets, parks and public spaces.

Vancouver's plan comes in the wake of several similar bans on Vancouver Island.

Victoria banned plastic bags back in July 2018, but was sued by a plastic industry lobby group in May 2019.

The group claims the city was acting outside its authority when it passed the motion.

The survey runs from July 8 to 30, with the final report scheduled to be presented in November.

You can take the survey here.