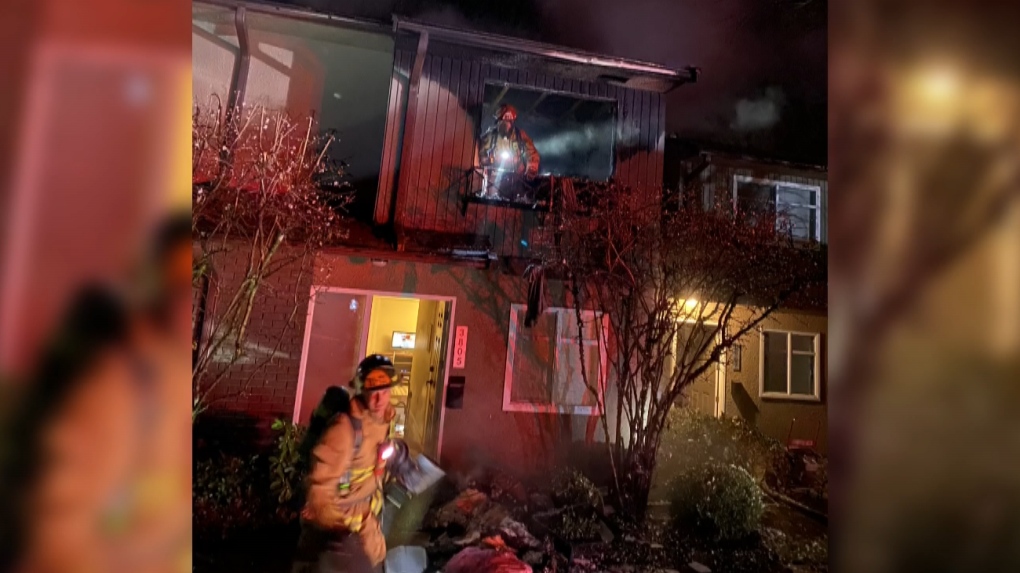 NORTH VANCOUVER, B.C. -- One person has been taken to hospital and five homes are damaged after an early morning fire in North Vancouver.

“When the first engine company arrived, they were met with smoke and flames exiting out a bedroom window, “ said Assistant Chief David Dales District of North Vancouver Fire and Rescue Services.

As crews were entering the unit to knock down the flames, they were met by an injured homeowner who had escaped.

“They were in the structure fire so they are suffering from smoke inhalation, but they were also impacted directly by the fire,” explained Dales.

They were looked over by paramedics and taken to hospital by ambulance.

A team of more than a dozen firefighters was able to put out the blaze quickly, but the damage was done.

“The one unit is significantly impacted the other surrounding units also got smoke damage,”

At least a dozen people and their pets were unable to return to their homes.

The residents that live inside the suite where the fire started will be unable to return for quite some time.

The chief expected to have some of the other residents back inside by the end of the day.

The cause of the fire is under investigation, but it’s believed to have started on the top floor of one of the middle units.

The fire investigator has been brought in to determine whether it was suspicious.