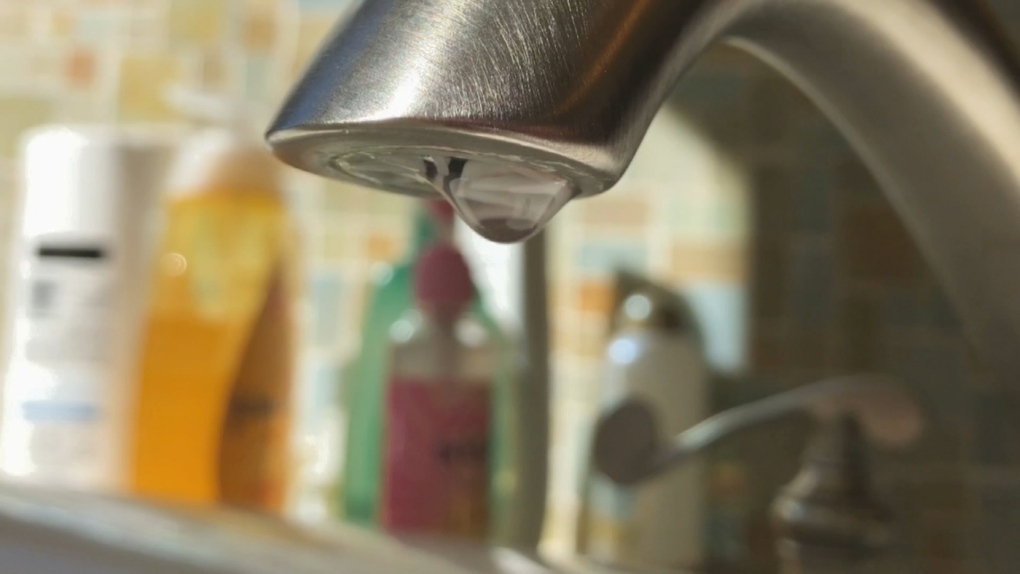 The federal government is being sued for failing to ensure the safety of drinking water, the plaintiff alleges.

In a statement to media, the Okanagan Indian Band said it filed the suit in federal court Thursday, claiming the feds ignored pleas and responsibilities.

The OKIB, based in Vernon, B.C., says currently those who rely on its largest system have been ordered not to consume the drinking water it produces.

"The federal government has put the lives of our people at risk," Okanagan Chief Byron Louis said.

The band said the suit revolves around water systems constructed based on standards from Indian Affairs Canada, a department now known as Indigenous Services Canada.

The systems involve groundwater wells, which are used to supply untreated water to hundreds of homes, the band's statement said.

Wastewater goes into individual septic fields, which the plaintiff says, "may be contaminating groundwater."

An assessment was conducted nine years ago, the band said, and ended with what it describes as a startling result.

"All of the drinking water systems were ranked an eight out of 10 on a scale of potential risk to human health," the Okanagan Indian Band said.

"Fecal coliforms are a significant source of contamination."

In 2017, a study looked at the cost to upgrade the system. The estimate was about $45 million, the band said.

However, the federal government said another assessment was conducted in 2018-19, and five of the six community water systems were ranked as "low risk." The sixth system, Indigenous Services Canada said, was high risk due to total coliforms in the water supply, and additional resources were provided by ISC to install interim filtration and disinfection systems.

This work will be completed in September, ISC said. Read more on the ISC response in the next section of this article.

The OKIB says in the statement announcing the suit that it's worked with the federal government to find a solution, but only one of seven systems has been upgraded since 2010.

"Okanagan felt no option was left, apart from legal action," the statement said.

Louis said the band feels stuck in limbo between provincial infrastructure and policy from Ottawa.

"We have lost faith in a system that I would characterize as negligent… The federal government is simply not serious about safe drinking water for First Nations communities," the chief said.

He said the band worries it will take an illness or death to prompt further action, calling the inaction "unacceptable in a developed country.

"It's really an issue of equality – if you can turn on the tap in Kelowna and not worry the water is safe, it should be the same in our community."

The band provided CTV News with a copy of the statement of claim, which is embedded below. The summary reads, in part, "Canada has a fiduciary duty, rooted in the Honour of the Crown, and other legal obligations under the Constitution Act, 1982 and the Charter to ensure on-reserve drinking water systems provide First Nations and their members with safe drinking water.

"Canada is in breach of those duties as a result of systemic conduct that has created, contributed to and sustained unsafe drinking water conditions on OKIB reserves and many First Nations' reserves across Canada."

Louis said those behind the lawsuit are hopeful it will compel the government to provide a timeline for future actions.

The defendant has 30 days to respond from the date the statement of claim was served.

OKIB given $4.1M for water systems

The federal attorney general is named as a defendant in the suit. CTV News reached out to the Department of Justice but was directed to Indigenous Services Canada.

In a statement emailed to CTV, the minister's office said it agrees that all Canadians should have access to safe water.

ISC provided $4.1 million to the OKIB between 2012 and 2016, a budget earmarked for the design and construction of a project joining the Bradley Creek and Six Mile water systems to a new groundwater source, reservoir and water treatment plant, the office said.

Then, ISC said, the OKIB started to develop a comprehensive water and wastewater masterplan in order to prioritize work and determine feasibility of system integration. ISC provided more funding to support the work in 2014-15, it said.

The office believes a draft of the plan is currently being reviewed by the band, which has trained and qualified personnel responsible for operation and maintenance of their current system.

"ISC looks forward to working with OKIB to implement their priorities as soon as the masterplan is finalized," the office said.

ISC said the 2019 federal budget included an additional $739 million over five years to eliminate and prevent long-term drinking water advisories, and that the Trudeau Government is on track to meeting its goal to lift all long-term advisories on reserves by March 2021.

"Much work remains, but so far, the results are encouraging with 87 long-term drinking water advisories having been lifted so far."

Earlier this summer, a member of the NDP likened Ottawa's failure to address other Indigenous water quality issues to "institutionalized apartheid."

MP Charlie Angus visited Attawapiskat First Nation in northern Ontario in July after it declared a state of emergency over disinfectant chemical byproducts in its tap water, which has been undrinkable for about a decade.

But in February, when responding to an Ontario university student's question, Federal Finance Minister Bill Morneau said the federal effort to end all boil-water advisories in First Nations communities was not a matter of money.

Bill Morneau acknowledged a 2015 Liberal campaign pledge has been a challenge and won't be finished quickly, but said the issue is more one of infrastructure and maintenance than of funding.