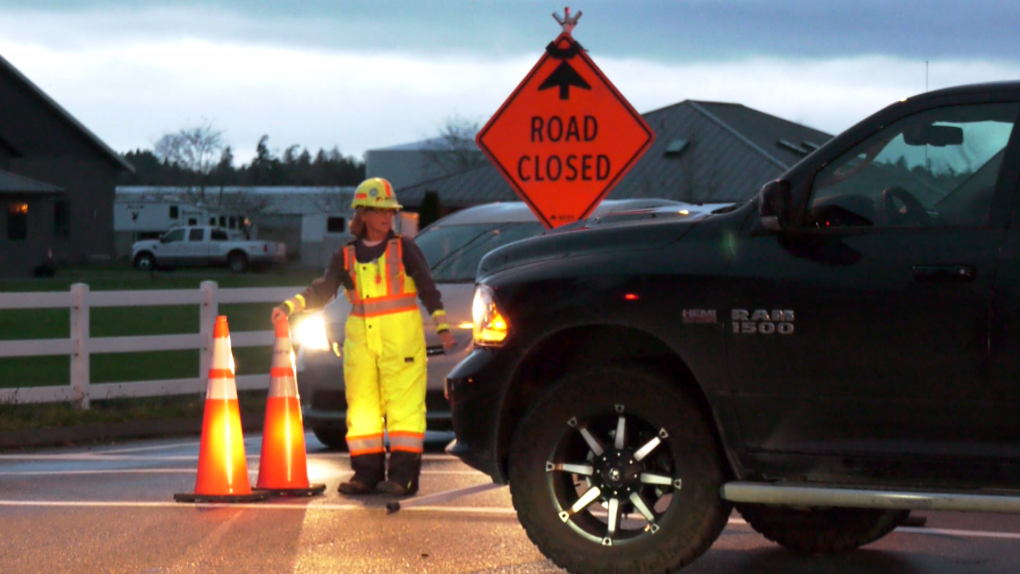 RCMP are investigating a late-night fatal crash in the South Surrey area that shut down part of a local roadway.

According to a press release on Wednesday, officers responded to the two-vehicle collision near 16 Avenue and 184 Street around 11:30 p.m. Tuesday.

They said one of the occupants may have been ejected.

BC Ambulance Service and the Surrey Fire Department also attended the crash providing medical treatment to one of the drivers, who succumbed to their injuries and was pronounced dead at the scene.

Officials said a second victim was also treated at the scene, but was later taken to a local hospital in serious condition.

Surrey RCMP’s Criminal Collision Investigation Team along with the Integrated Collision Analysis and Reconstruction Service are now investigating the crash.

16th Avenue between 176 and 184 Streets was shut down for several hours while officers were on scene.

Police are asking anyone who may have witnessed the crash to contact Surrey RCMP at 604-599-0502.

New Zealand Prime Minister Jacinda Ardern is postponing her wedding after announcing new COVID-19 restrictions Sunday following the discovery of nine cases of the Omicron variant in a single family that flew to Auckland to attend a wedding.

Canadians now have to be fully vaccinated to cross the U.S. land border

COVID-19 hospitalizations in Ontario dip to 3,797 as ICU admissions climb to 604

Hospitalizations related to COVID-19 in Ontario dropped to 3,797 while ICU admissions reached 604 on Sunday.

In light of inflation and supply chain woes, Canadians are using 'food rescue apps' to reduce grocery bills and waste

Russia's Foreign Ministry on Sunday rejected a British claim that Russia was seeking to replace Ukraine's government with a pro-Moscow administration, and that former Ukrainian lawmaker Yevheniy Murayev was being considered as a potential candidate.

U.K. lawmaker claims she was fired over her Muslim faith

A former minister in Britain's Conservative government says she was told her Muslim faith was a reason she was fired, a claim that has deepened the rifts roiling Prime Minister Boris Johnson's governing party.