Noticing smoke or haze in Metro Vancouver? You're not alone.

VANCOUVER -- Air quality advisories are in effect for much of British Columbia due to drifting wildfire smoke, and many in Metro Vancouver are noticing it in the area.

A "smoky skies bulletin" was issued for parts of the province by Environment Canada Tuesday. The weather agency said smoke drifting north from the United States is impacting air quality in parts of B.C.'s Lower Mainland.

Additionally, there's been an impact on parts of Vancouver Island, the Kootenays and the Boundary region.

Air quality statements have been issued for the following areas:

Initially there were no alerts from Environment Canada for the Vancouver and Fraser Valley areas, but the agency issued statements shortly before 2 p.m. for both regions.

Metro Vancouver officials said the smoke is coming from Washington, Oregon and California, and was expected to continue to do so throughout the day.

"Current air quality is changing rapidly," the region said in a message on Twitter.

An advisory was issued in the afternoon due to a high concentration of fine particulate matter due to the fires south of the border.

Exactly which parts of Metro Vancouver will be most affected remains to be seen.

"Smoke concentrations may vary widely across the region as winds and temperatures change, and as wildfire behaviour changes," the advisory said.

Anyone with chronic underlying medical conditions or infections including COVID-19 is advised to reduce their time outdoors until the advisory is lifted.

In a post on social media, B.C.'s Provincial Health Services Authority wrote that smoke can have a negative effect on the immune system.

"It can irritate the lungs, cause inflammation, and alter immune function, making it much more difficult to fight respiratory infections such as COVID-19," PHSA posted on Instagram. 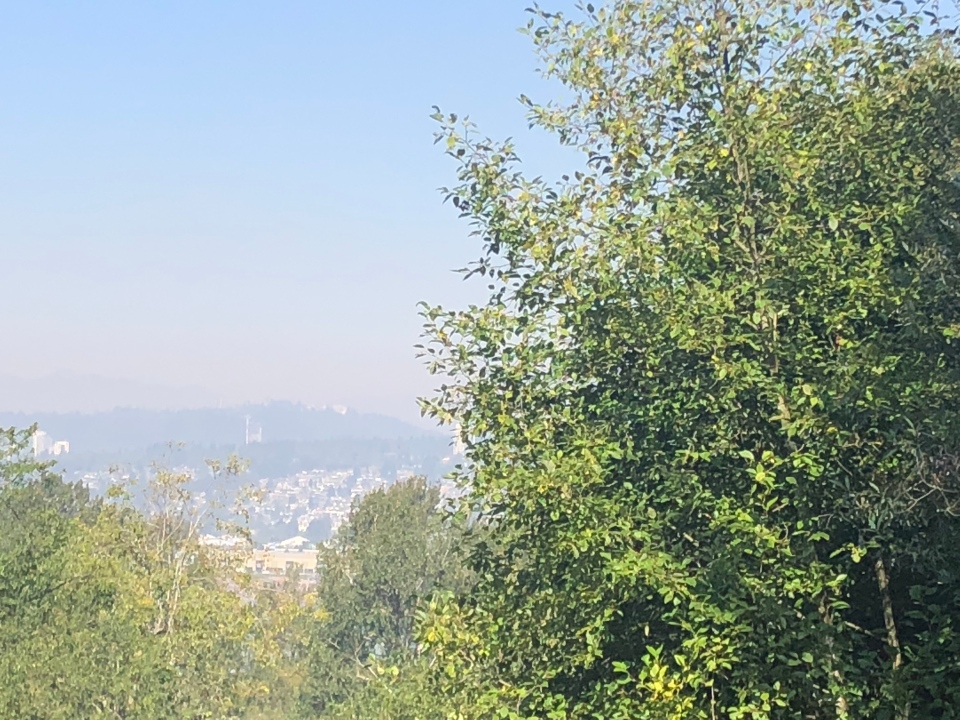 The smoky sky over Surrey is seen in a photo from CTV News Vancouver's Michele Brunoro on Tuesday, Sept. 8, 2020. 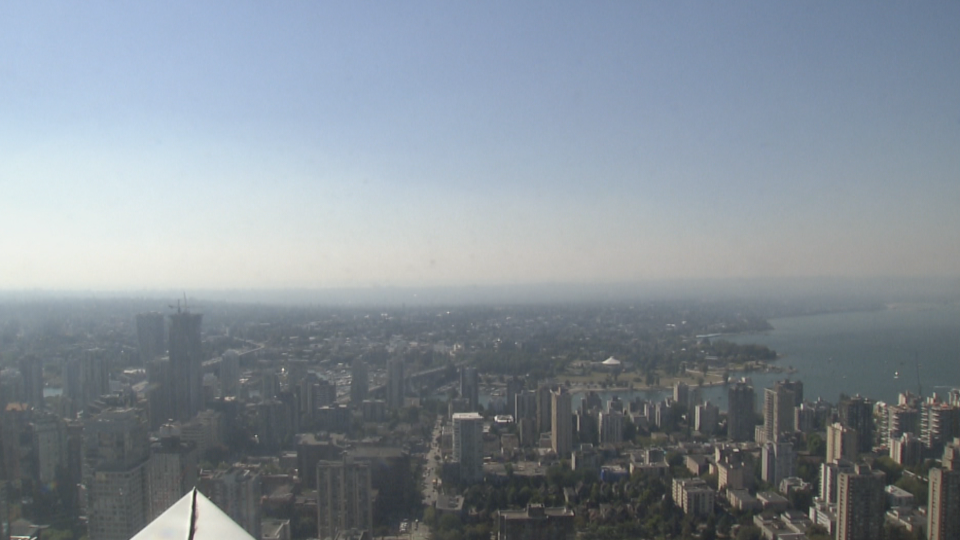 The Vancouver skyline is seen from a camera atop the Shangri-La on Tuesday, Sept. 8, 2020.