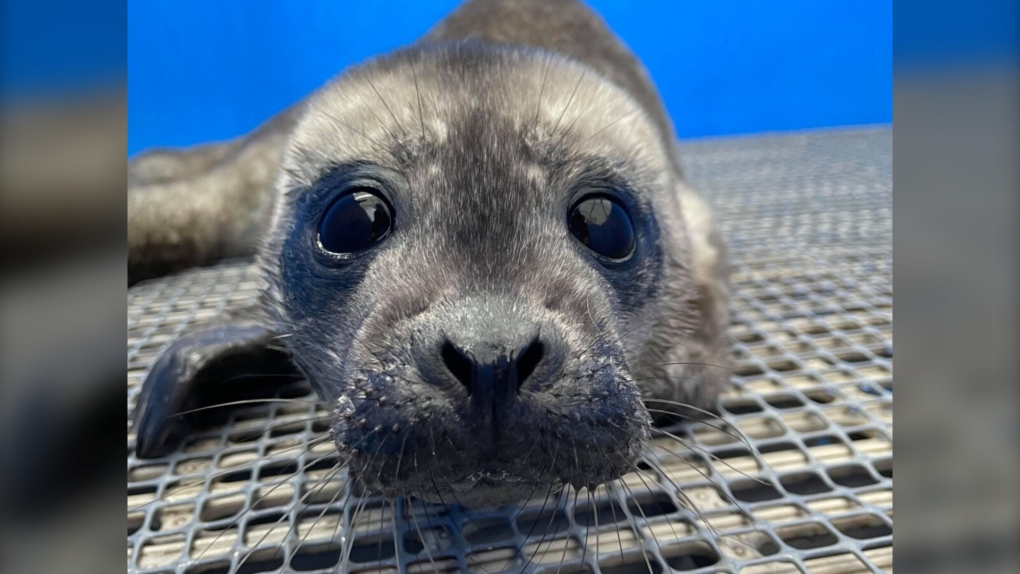 VANCOUVER -- The Vancouver Aquarium's Marine Mammal Rescue Centre says it has seen an uptick in cases of "human interference" during this year's harbour seal pupping season, and it's reminding the public not to approach wild animals.

"We understand why someone might be inclined to approach seal pups – they look adorable and can appear abandoned when seen without mom – but not all pups on the beach need rescuing," said Lindsaye Akhurst, the centre's manager, in a news release.

"The best thing you can do for any marine mammal you suspect needs help is to keep people and pets back and to call the VAMMRC," Akhurst added.

As of Thursday, the rescue centre had admitted 14 patients so far this season. The centre asks the people who report seal pups to name the animals as they enter its care.

If the naming process "stalls," centre staff ask people to choose a name based on what they last ate.

Among the seals in the centre's care currently are "Sushi," "Scrambled Egg," "Popcorn," and "Cauliflower Jack."

The rescue centre employs a team of veterinarians and volunteers and is equipped to rehabilitate seals, sea lions, sea otters, sea turtles and small cetaceans, such as harbour porpoises, at its facility at the aquarium.

It also responds to off-site emergencies, rescuing more than 100 animals each year.

“This is an exciting time of year, and it can be thrilling to see marine mammals in the wild, but we also need to ensure we are not interfering with a marine mammal who may be exhibiting normal behaviour," Akhurst said. "We have noticed an alarming trend of patients being admitted to the VAMMRC due to human disturbance this year so far."

The centre is reminding anyone who sees a stranded marine mammal not to approach it. Instead, the centre asks the public to keep pets and people away and call either the centre at 604-258-7325 or the Fisheries and Oceans Canada incident reporting hotline at 800-465-4336.