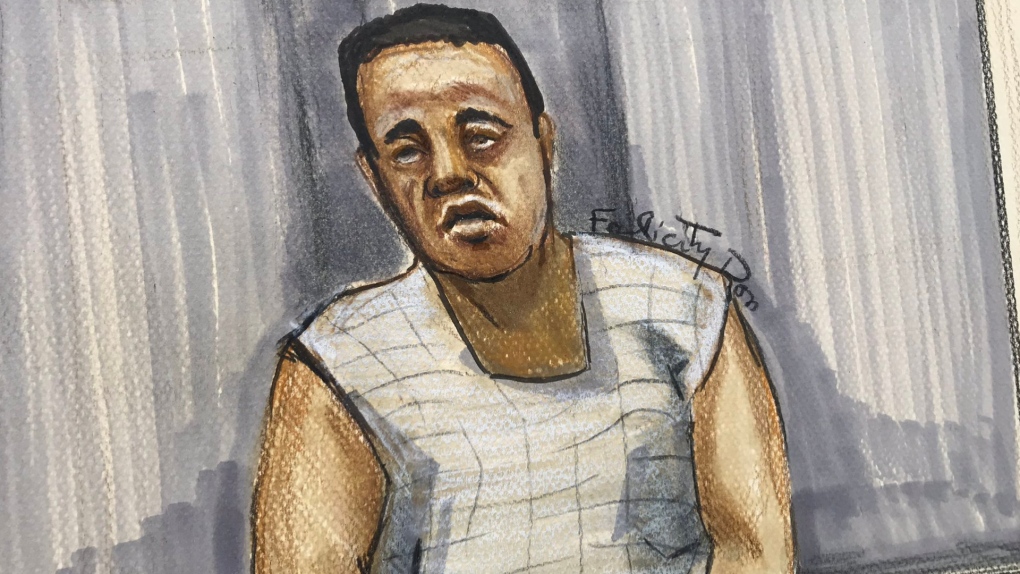 Yannick Bandaogo is shown in a sketch from a court appearance on April 1, 2021.

NORTH VANCOUVER, B.C. -- The Quebec man charged with murder in the stabbing death of a woman in her 20s in Lynn Valley made a brief appearance in North Vancouver provincial court Wednesday morning.

Yannick Bandaogo, who appeared via video link from jail, was scheduled to be arraigned on one count of second-degree murder.

However, defence and Crown agreed to adjourn the matter for three weeks.

Police say the 28-year-old suspect stabbed seven people ranging in age from their 20s to 70s around the Lynn Valley Library in late March.

Six of those survived.

Bandaogo’s next court appearance is scheduled for May 26.