'Nobody's doing anything': B.C. mom pleads for help bringing kids back from Lebanon

A B.C. mom whose children were taken away to Lebanon last year without her permission is pleading with Prime Minister Justin Trudeau to help bring them home.

Abbotsford resident Shelley Beyak spoke to CTV News Friday from Beirut, where she is struggling to navigate a foreign justice system in a desperate attempt to reclaim her two kids, 10-year-old Mia and eight-year-old Liam.

"I cannot express to you how confusing and convoluted and slow the court system is here," Beyak said.

The youngsters' father, Lebanese national Wissam Tarabichi, is facing criminal charges in Canada for allegedly flying them to his home country in secret back in March 2018.

They have remained in Lebanon ever since, where the government does not recognize Canadian custody orders.

Beyak arrived in the country on Jan. 10. She's been in communication with Canadian consular officials, but said she ultimately feels trapped handling the situation alone with her lawyer.

She worries she'll be leaving her beloved children behind when she flies home later this month, barring a high-level intervention from her own government, including a personal push from Trudeau.

"Nobody's doing anything," Beyak said. "I feel like the prime minister just doesn’t care enough to do something for his own two citizens." 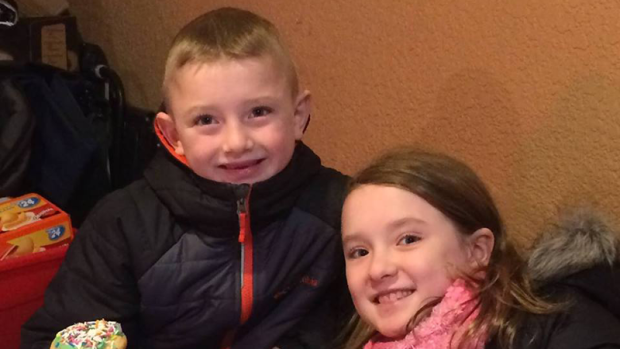 The one bright spot in her ongoing struggle, which is now in its tenth month, has been seeing her children again. With help from a lawyer in Lebanon, Beyak has been allowed to have three visits with Mia and Liam since arriving three weeks ago.

Even so, she said the visits have been stilted and sometimes awkward.

"I feel so sad for them because they just can't be themselves right now. And I understand that's a coping mechanism, but this is also why I want them home as soon as possible – it's because the faster they get home, the less trauma there is for them," Beyak said.

She described the heartbreaking moment during her first visit when she threw her arms around her children to give them a hug, and they didn't hug back.

Beyak tried to turn it into a joke, and pulled the kids' arms around her.

"Then they hugged me," she said.

Back home in Canada, Beyak's challenging circumstances were raised Friday in the House of Commons, where Conservative MP Todd Doherty challenged Trudeau to intervene.

"When will the prime minister call the president of Lebanon and demand the return of Liam and Mia Tarabichi?" the Cariboo-Prince George representative asked.

But Pamela Goldsmith-Jones, parliamentary secretary to the Ministry of Foreign Affairs, had few words of reassurance. Goldsmith-Jones said she's been in contact with the family personally, but could not share any details of how the government is working to help them.

"Our thoughts do go out to the family," she said. "Due to the provisions of the Privacy Act I'm very sorry not to be able to disclose any further information."

Beyak met Tarabichi in Lebanon back in 2006, when she was working overseas, and they married the next year. They had Liam and Mia before moving to Canada in 2010.

The couple was divorced and sharing custody when Tarabichi allegedly abducted them last year, bringing them to the U.S. for what was supposed to be a spring break vacation and then flying them overseas.

Beyak told CTV News she plans to remain in Lebanon until the end of February to spend more time with her children. She has set up an online fundraiser to help with her expenses, and has raised more than $42,000 over the last year.