No tsunami warning for B.C.'s West Coast after powerful earthquake in Alaska 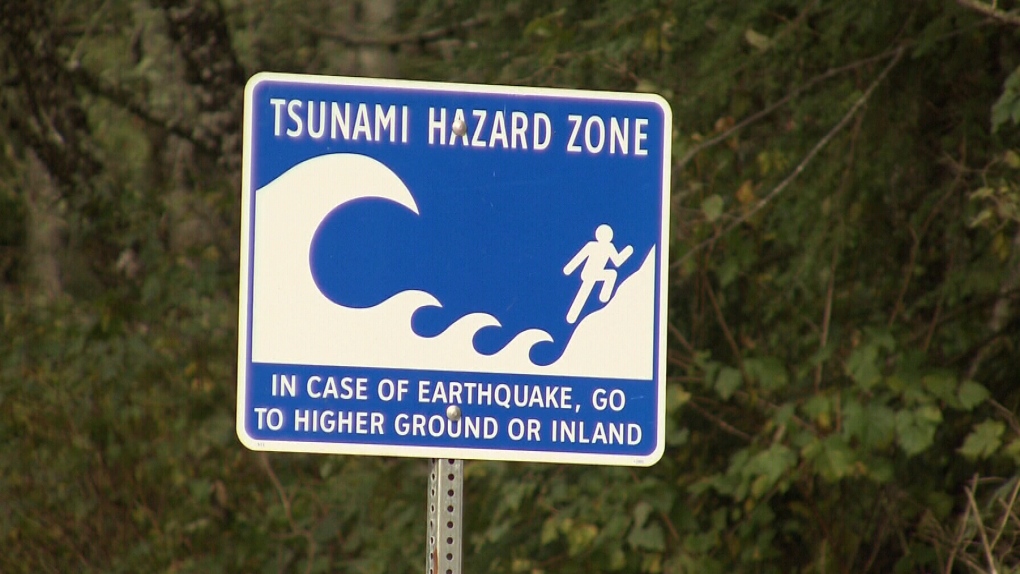 A tsunami hazard sign is seen in Tofino, B.C., in this undated file photo.
Vancouver -

A powerful earthquake in Alaska did not lead to a tsunami warning in B.C., though officials evaluated the situation locally for hours overnight.

According to the U.S. Geological Survey, the earthquake was magnitude 8.2 and hit 91 kilometers east southeast of Perryville, Alaska at about 8:15 p.m. Wednesday.

Tsunami warnings were issued for parts of Alaska and at about 11:30 p.m., Emergency Info BC said it was looking at information specific to the province.

"After an earthquake, different evaluations are done to produce the most accurate tsunami assessment possible," a post from the agency said on Twitter about an hour later. "This data will inform the final threat level for B.C."

About two hours after that, at 2:30 a.m., Emergency Info BC said there was no tsunami threat to B.C.

However, a small tsunami – measured at about half of a foot high – was recorded in Old Harbour, Alaska. Since then, all tsunami alerts issued by the U.S. National Tsunami Warning Center have been cancelled for the West Coast, including Alaska.

Only minor damage was reported in Alaska where the earthquake hit.

There is no tsunami threat to #BC as a result of the 8.2M earthquake that was detected earlier this evening southeast of Chignik, Alaska. https://t.co/5XGTRP0hEm

Lines of mourners paid their respects Sunday for Gabby Petito, the 22-year-old whose death on a cross-country trip has sparked a manhunt for her boyfriend.

Researchers from Rutgers University in New Jersey say smartphone sensor data combined with machine learning could detect whether someone is under the influence of cannabis.

As Canada prepares to recognize the first National Day for Truth and Reconciliation Thursday, the desire to hear from residential school survivors has soared across the country.