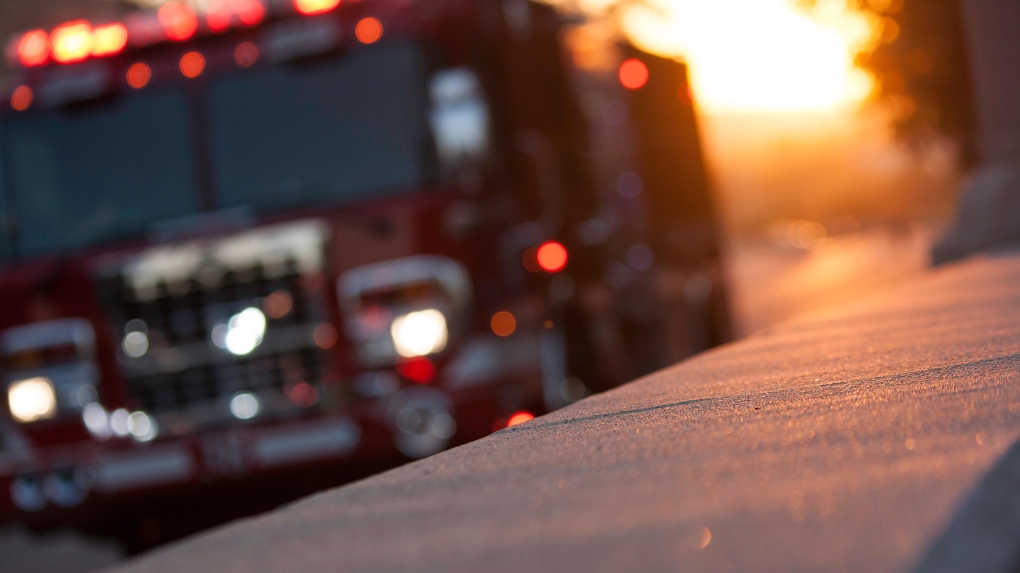 VANCOUVER -- A B.C. woman who drove her pickup truck into a concrete barrier in order to make room for firefighters won't be getting any help with her repair bills.

Hayley Van Der Kloot said her Ford F350 sustained thousands of dollars in damage after she tried letting a fire truck with flashing lights pass her by in Langley Township two years ago.

She took the township to B.C.'s civil resolution tribunal, arguing the government should cover the cost of fixing her pickup, but her claim was ultimately dismissed – in part because there was no evidence it was firefighters' fault.

"While the applicant may have felt pressure to get out of the way of an emergency vehicle, the evidence does not establish that the fire truck forced her to move," tribunal member Lynn Scrivener wrote in her decision.

Van Der Kloot said she was stopped at an intersection on 264 Street when the incident began on July 24, 2017. She told the tribunal she quickly pulled to the right, but that there still didn't appear to be enough room for firefighters to pass.

"The applicant says the fire truck was creeping forward," Scrivener wrote. "She says she had no choice but to keep moving to create space for the fire truck, and that the fire truck crowded her into a sand-filled barrel and a concrete barrier."

The passenger side of Van Der Kloot's Ford was left with dents and scratches, and she told the tribunal the bill came to more than $5,000 – which is the limit for small claims filings.

But the driver also admitted the fire truck never actually made contact with her pickup, according to the ruling, and that she "made an assumption" that she was blocking the way.

Under the province's Motor Vehicle Act, drivers are required to yield the right-of-way when they see emergency vehicles with bells, sirens or lights activated, but only by moving "as close as possible to the nearest edge or curb of the roadway."

For their part, the drivers of emergency vehicles are allowed to disregard normal traffic rules and lights, but only while maintaining due regard for safety.

Scrivener found there was no evidence to suggest the firefighters who passed by Van Der Kloot breached that standard.