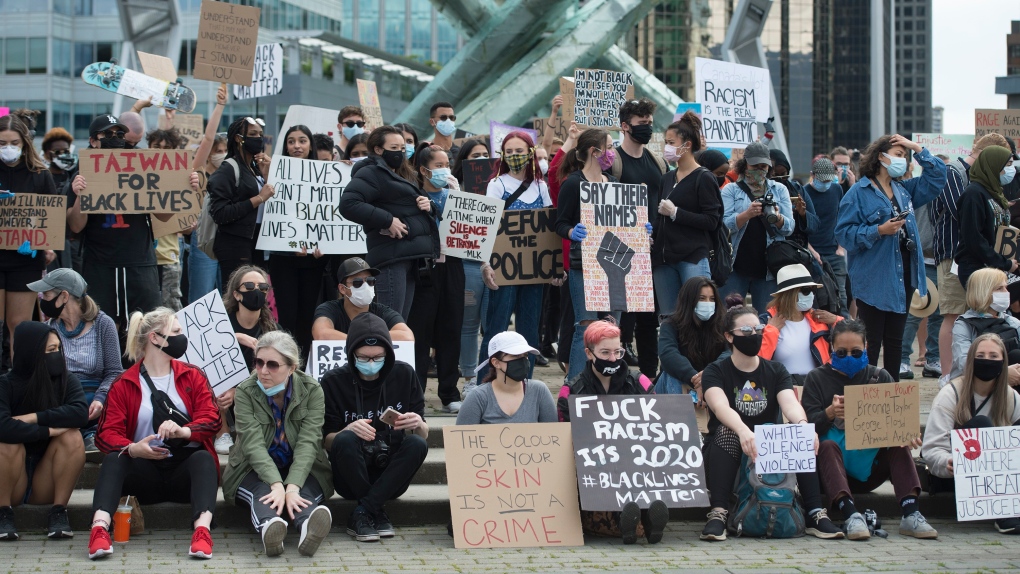 Thousands of people gather for a peaceful protest in Vancouver on June 5, 2020 in solidarity with the George Floyd protests across the United States. (THE CANADIAN PRESS/Jonathan Hayward)

VANCOUVER -- The large anti-racism rallies held in British Columbia in recent months do not appear to have contributed to the province's COVID-19 crisis, health officials said Monday.

Even though crowds in the thousands have gathered on several occasions in Vancouver alone, provincial health officer Dr. Bonnie Henry said officials do not know of any coronavirus cases linked to the protests.

"We follow up on every single case here in B.C., as you know," Henry said. "Currently we do not have any cases that have been associated with the protests that took place."

That is in line with the experiences reported in some U.S. states as well, including Washington and Oregon.

Henry suggested there could be a number of reasons for that, including that the events are held outside and that many people who attended wore masks and tried to maintain some distance from one another.

Being outside does not guarantee safety, however. The provincial health officer noted that there has been transmission recorded at large beach parties and similar events south of the border.

"There's something inherently different between what you're doing with a group of people partying on a beach versus what we've been seeing with some of these protests," Henry added. "That was surprising. I think many of us thought that is would be a similar risk."

Part of the difference likely has to do with behaviour, officials said. Protesters generally spend much of their events facing forward and listening to speakers rather than communicating with each other face to face, while partiers carry on loud conversations.