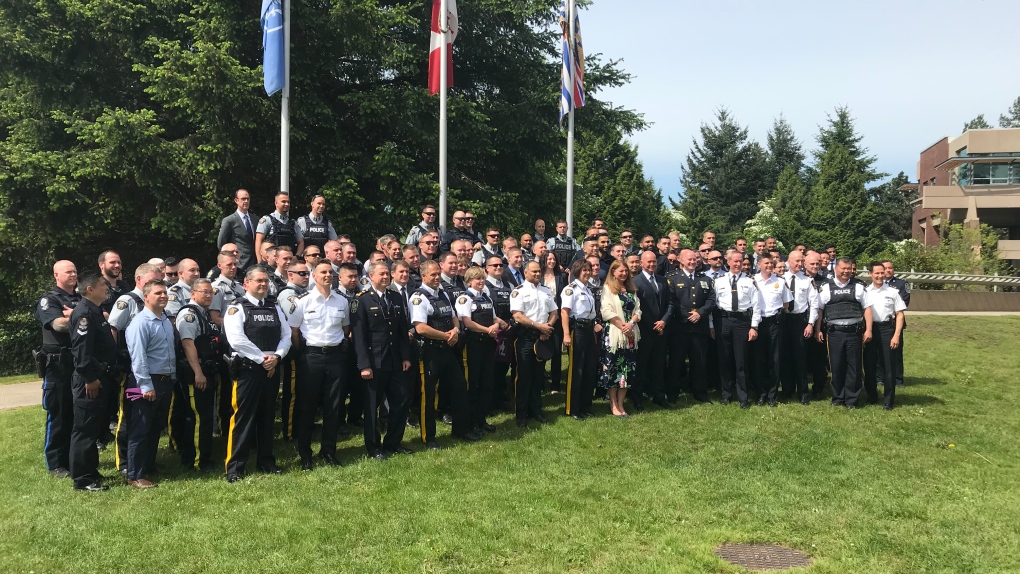 Eleven years ago, a drunk driver ended the life of four-year-old Alexa Middelaer in Delta.

Since then, she has been the inspiration for a growing number of police officers around the province, who have joined a team in her name dedicated to getting impaired drivers off of the roads.

Alexa’s Team has grown from 26 officers in the Lower Mainland to the latest count of 2,669 around the province.

This year, 266 officers - including 122 from the Lower Mainland – were named to her team.

Every year Alexa’s mother, Laurel comes to speak to the growing number of officers joining the team and to personally thank them with her husband Michael.

"The sustained reduction of 52 per cent in body count and impaired related fatalities is due to you, the people here in this room," she said to officers at a press conference at the Justice Institute of B.C.

For many officers and officials, the connection with the family keeps them focused on stopping these tragic events from happening again.

“Impaired driving is a completely preventable crime, and yet people continue to be killed and injured by it every day,” said MADD Canada Chief Executive Officer Andrew Murie. “By taking impaired drivers off the roads, the outstanding officers who are part of Alexa’s Team are helping to prevent these tragic deaths and injuries, and are making roads and communities safer for everyone.”

Laurel shared a story of Alexa getting off of her bike and running up to a neighbour in their street and saying something to him before running back to her bike.

She says she walked over to the neighbour who was smiling but also had tears in his eyes. He told her that "your daughter just walked up to me and said 'Fernando, I love you.'"