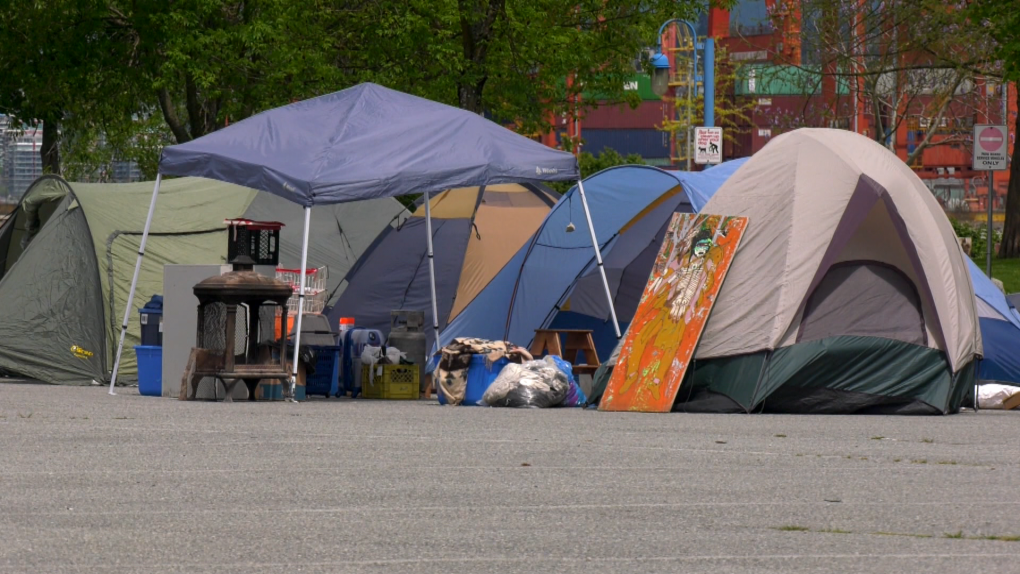 VANCOUVER -- A new tent city popped up in Vancouver just hours after campers were cleared from a Downtown Eastside park.

Several tents and pop-up shelters appeared over the weekend in a parking lot near CRAB Park, on Vancouver's waterfront.

It's property that belongs to the port, and security from the Vancouver Fraser Port Authority is monitoring the situation.

In a statement Saturday, the port said the campers had been informed they were trespassing, and would need to vacate.

Hundreds of people who used to call Oppenheimer Park home were moved into nearby hotels as part of the province's response to the COVID-19 pandemic.

The deadline to move out was noon Saturday, at which time the Downtown Eastside property which has been a tent city for years was left empty.

The provincial government says more than 260 people had been living there, and were offered indoor accommodations to allow for self-isolating.

Some former residents of the park dispute that they were given an alternate option, saying with the park fenced off, they weren't sure where to go.

The Vancouver Park Board said over the weekend it hadn't had the chance to assess damage to the park over the last two years, so it's unclear how much time and money it will take to restore it.