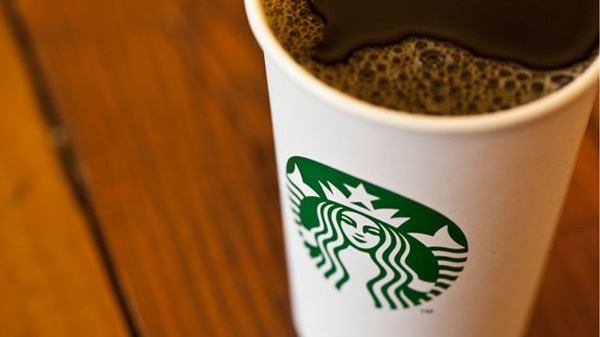 The new wordless logo is seen in this undated image provided by Starbucks Corp.

A growing revolt against the new wordless Starbucks logo is directly linked to how attached consumers are to the brand, according to a study released this week in the United States.

Thousands of people took to the coffee giant's website after this month's announcement to express dismay over the new design, which removes the words encircling its iconic green sea nymph and makes her face larger. It's the first major product logo change since Starbucks went public in 1992.

"Hate the new logo, enough to stop drinking it all together," Brian Russell wrote.

"Universities will use this in their marketing classes as an example of what not to do," a user identified as Honda 455 wrote.

The vitriol also went viral in the online universe, with new Facebook groups created almost daily to mourn the change.

"Starbucks decided to be stupid and go with its old stupid logo of a fat, naked mermaid instead of the awesome one that people around the world have come to adore," wrote Alexandra Armbruster, creator of the We Need the Old Starbucks Logo group.

Another wrote: "We do not want the new logo!"

Marketing experts at Penn State, West Virginia University, and Rice University in the United States just joined forces to examine why consumers react negatively to logo redesigns such as the one by the world's most popular coffee company. They found that the redesign may drive away the people the company goes to great lengths to retain: its brand-loyal customers.

The results, recently published in the Journal of Product & Brand Management, found that the loyal consumers of any brand feel the most hurt by a logo change and are the most likely to stop using the company's products because of it.

Researchers asked 632 students what they thought about new logos for Adidas and New Balance shoes. Those who said they had strong attachments to the brand felt betrayed by the changes while those who weren't so emotionally connected tended to view the new look positively.

Researchers believe this is because people with a longstanding loyalty to a particular product feel threatened by the changes. In other words, the redesign doesn't affect the perception of the brand as much as the customer's relationship with the brand.

"When that logo changes, there is also a change in their association with the brand, which is threatening their self-brand connections and relationships," Karen P. Winterich, an assistant professor of marketing at Penn State University, told ctvbc.ca in an email.

Customers with the most brand loyalty were also the most likely to abandon that company out of anger, hurt or disappointment.

The finding is interesting, said Winterich, because corporations such as Starbucks believe that their best customers will be the most accommodating to change because of their longstanding loyalty.

"Our results show this is likely a mistaken assumption, one that can alienate the core -- the most committed of a brand's customers."

"You risk making things a hell of a lot worse for your company," he told ctvbc.ca in a telephone interview from Vancouver. "That's the risk."

While it's unlikely that Starbucks will change its mind about the new logo, some say the company could have avoided "Logo-gate" by taking a more nuanced approach to changing the iconic image.

Meredith said the company should have solicited input from customers, strategies such as sending out questionnaires and online polls about individual design preferences.

Including your most loyal devotees in the decision-making process is an easy way for corporations to mitigate any long-term harm to its brand and earn respect from customers, he said.

The new Starbucks logo will be phased in starting in March, to be timed with the 40th anniversary of the opening of its flagship location just outside of Pike Place Market in downtown Seattle.

The company hopes the logo will help it expand beyond coffee into new international markets and product lines, including teas called "Starbucks Coffee Tea."