New SkyTrain, electric buses part of B.C.'s $2.4B for transit in Metro Vancouver 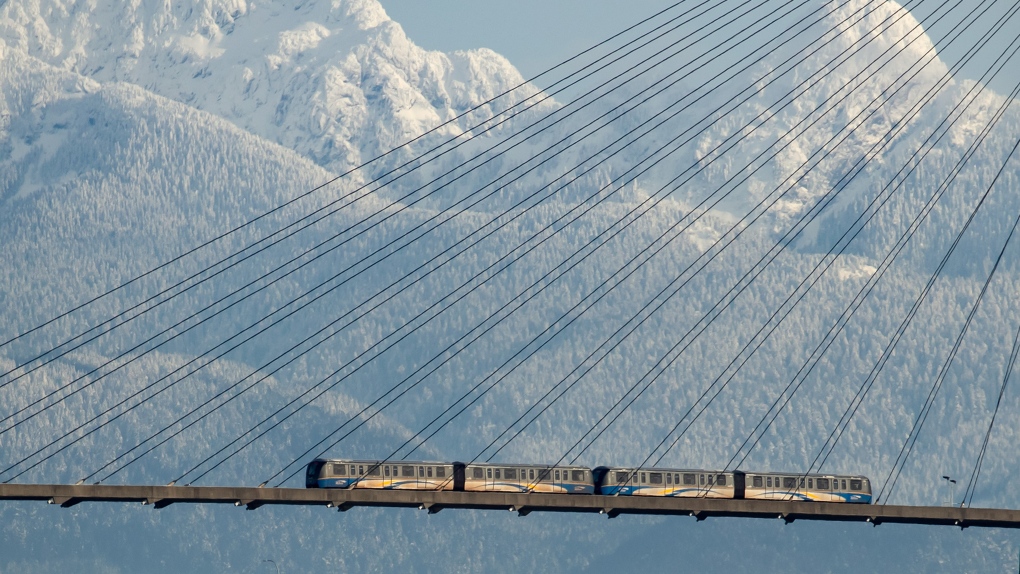 A SkyTrain crosses over the Fraser River past snow-capped mountains in the distance, in New Westminster, B.C., on Tuesday, Dec. 28, 2021. THE CANADIAN PRESS/Darryl Dyck

The B.C. government says a Surrey-to-Langley SkyTrain line and electrified bus fleets are among the projects that will benefit from a $2.4-billion investment in Metro Vancouver transit.

The government says in a news release the funds are part of its commitment to cover 40 per cent of the 10-year vision for transit outlined by the regional mayors' council on regional transportation.

The release says the plan will help TransLink replace more than one third of its diesel bus fleet, with about 500 buses that run on electric batteries or natural gas.

On Wednesday, TransLink said its recovery of ridership that plummeted during the pandemic has been stronger than many North American transit networks, but still hasn't returned to previous levels.

A power crew in Cape Breton went above and beyond their duties after a memorial plaque attached to a power pole was torn down during post-tropical storm Fiona.