'Need to have the data': Doctors, lawyers want B.C. to track injuries after record heat wave 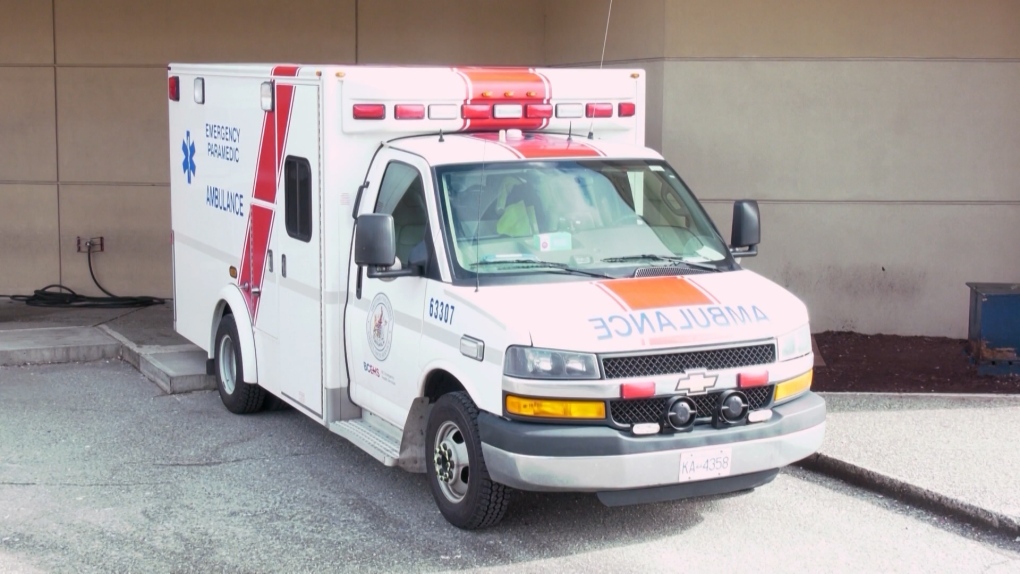 The B.C. Paramedics Union warns wait times for critical calls could be as long as two hours.
Vancouver -

Two groups focused on environmental issues are calling on the British Columbia government to come up with a plan to track “heat dome injuries” following record-setting temperatures that are also linked with 570 deaths in the province over a one-week period.

Representatives of the Canadian Association of Physicians for the Environment and the West Coast Environmental Law Association said thousands of people across the province sought medical help for conditions like heat stroke, dehydration and even brain injury but there's no way to track the extent of the problem.

Doctors submit a billing and diagnostic code based on a patient's condition so they can be paid by the province, but no code exists for illness related to heat waves.

Dr. Melissa Lem, incoming president of the physicians' group, said she was using a code for headache for some of her patients suffering from the effects of heat in late June, but it didn't include symptoms linked to temperatures hitting 31.7 C in Vancouver and into the high 40s elsewhere in B.C.

She said while the B.C. Coroners Service tracked deaths related to the heat, no one was tracking severe illness associated with the “heat dome” - where high pressure parks over an area and warm air sinks - that covered the province.

“I saw more heat-related illness than I had ever seen in my career. For example, healthy 20-year-olds who were at the beach all day and unable to cool off when they returned home to their apartments,” said Lem, a family doctor in Vancouver.

“I can think of one patient who had developed heat stroke within an hour of being at home and she said her mother actually drove her around to different clinics trying to get her to be seen, but because of the pandemic very few people were seeing people in person.”

Lem said the patient called her a few days later and showed multiple symptoms including dizziness, headache and fatigue, resembling a concussion.

Doctors should be directed to use a specific billing and diagnostic code for heat illnesses so accurate data are collected to support patients, Lem said, adding Doctors of BC, the medical association for the province, instructed physicians to use a code for any services related to COVID-19, for example.

“We shouldn't just be tracking deaths, we should also be tracking heat injuries,” she said.

The B.C. Health Ministry said the province “is developing a plan to prepare and adapt to climate change” that builds on steps it has already taken to protect public safety.

“The province is also working to better understand climate change impacts and published a provincial climate risk assessment that is informing the development of climate preparedness and adaptation strategy,” it said in an email.

Lem estimates nearly 10 people suffered some kind of heat-related sickness for every person who died in B.C., amounting to between 5,000 and 6,000 visits to doctors' offices and emergency rooms after 911 callers overwhelmed paramedics.

“I think we need to get better at tracking that as climate change warms our coast and it warms our province,” she said. “We just need to have the data so we can better prepare on a systemic level, from ambulances to hospitals to establishing cooling centres to getting alerts out to vulnerable people like elders who are in their apartments and don't necessarily have access to air conditioning.”

In some cases, brain injury occurs when a rise in body temperature by even two or three degrees sets off inflammation and cell death, Lem said.

“That, left unabated, can lead to longer-term brain damage. In very basic terms, it's like cooking your brain. Our brains are composed of protein, fluid, cells, and they need to be at a proper temperature.”

Some heat-related conditions can start with a headache, confusion, loss of consciousness and lead to death, she said.

Andrew Gage, a staff lawyer with West Coast Environmental Law, said it's long been known that climate change is driving extreme weather conditions like heat waves, but it's time for the government to systematically look at how people's health is being affected.

He called on the province to start educating citizens on ways to cope with extreme temperatures, especially older people who made up the majority of those who died during the heat wave and lived in the areas covered by Vancouver Coastal and Fraser Health regions.

Andreanne Doyon, an assistant professor at the school of resource and environmental management at Simon Fraser University, said municipal governments could take steps like planting more trees to cool down temperatures around buildings, many of which have large windows and no air conditioning.

Satellite imaging after a heat wave in B.C. in 2017 showed lower-income neighbourhoods in Vancouver, including the Downtown Eastside, had fewer trees compared with other parts of the city, she said.

“The problem, though, that the city and other regions are facing is that maintaining the existing tree population is not as easy as it sounds,” she said. “A lot of the tree species that we have are not meant to withstand this kind of heat.”

This report by The Canadian Press was first published July 30, 2021.

OPINION | Pamela Palmater: What does the election result mean for Indigenous women and girls?

With a minority government heading back to Ottawa following an election that barely touched on Indigenous issues, there are things the Liberals can do with cooperation from the other parties to address historic and ongoing genocide, Mi'kmaw lawyer Pamela Palmater writes in an exclusive column for CTVNews.ca.