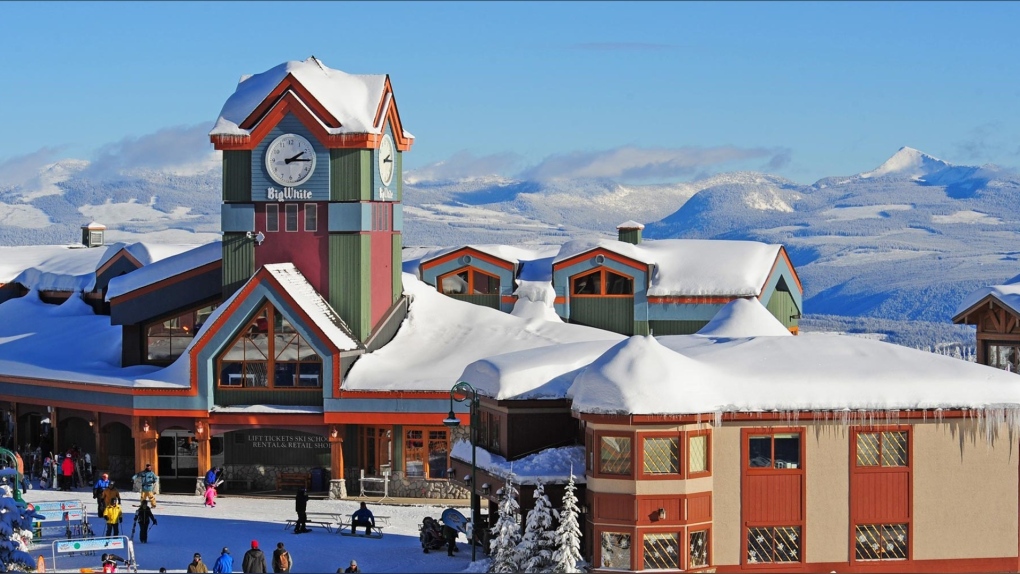 VANCOUVER -- More than three months after a cluster of COVID-19 cases was declared at Big White Mountain ski resort, Interior Health has declared it “contained.”

The health authority says that a total of 237 people were infected with COVID-19 as part of the cluster at Big White since it was first announced on Dec. 15, 2020.

“The COVID-19 community cluster at Big White Mountain has been contained,” reads a March 26 news release from Interior Health.

“Of the 237 cases of COVID-19 linked to this cluster, 150 have resided and/or worked on Big White Mountain,” it continues.

That means that 87 of the COVID-19 cases – nearly 40 per cent -- were in people from out of town and who did not work on Big White Mountain.

The majority of the cases related to the cluster appear to have been spread during December and January. When it was first declared in December, the health authority had identified 60 cases in the cluster, and by Jan. 26, it had identified 225 cases.

The resort’s senior vice president Michael J. Ballingall said they have had to cancel thousands of travel bookings and that it has been nearby visitors who have populated the ski hill this season.

"Having to cancel thousands of reservations because of essential-travel-only restrictions truly gave the gift of Big White to the local community, and therefore, we especially want to thank our locals and season passholders who have been able to visit the resort this year,” Ballingall said in a statement.

The resort has an extensive COVID-19 safety plan, and several extraneous activities, such as the toboggan park and skating rink, were cancelled this season.

A pop-up vaccine clinic was also held on the mountain last weekend.

“(There have been) four weeks of no new cases, and a successful immunization clinic on the mountain last weekend,” reads a statement from the resort, following Interior Health’s announcement of the containment.

When the cluster was first announced in mid-December, and through the beginning of February, the health authority maintained that it was “safe to go to Big White when you stick to your immediate household bubble and avoid socializing and gathering.”

However, this statement about the risk being “low” was taken out of the public updates on the Big White cluster starting on Feb. 5, 2021. The twice per week updates from that date forward did not specify risk levels with regards to skiing on the mountain. Instead the updates specified that “COVID-19 continues to circulate in all communities throughout the Interior” and that “most of the transmission related to this community cluster has occurred at social events and gatherings.”

Then, in announcing an end to the cluster, an Interior medical health officer said that the ski hill has been “safe for visitors.”

“Thanks to the efforts of those living and working at Big White following precautions, the cluster has been contained,” said Dr. Silvina Mema, medical health officer on March 26.

“As well, the local community and team at Big White have been incredibly supportive and worked hard to keep the ski hill safe for visitors this winter.”

When the cluster was announced on Dec. 15, the health authority began widespread testing of residents and the ski resort. The early cases were said to be linked to partying on the mountain and shared communal housing, according to the company’s senior vice-president. Some staff at the resort were fired in the following weeks.